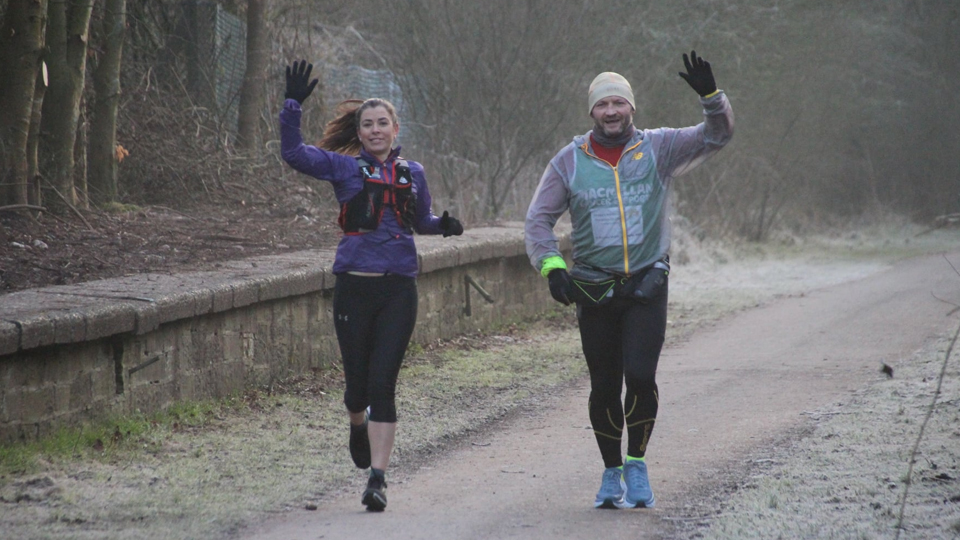 Marathon man, Gary McKee, is nearing the end of his latest endurance-busting feat.

It was 1 February this year that Gary McKee (51) embarked on a challenge to run 110 marathons in 110 days to raise money for charities close to his heart, and having crossed the 100 point on Monday this week the end is certainly in sight for this remarkable runner.

In 2017, Gary ran 100 marathons in 100 days, which raised more than £120,000 for Macmillan Cancer Support and although some may think he is mad to do something similar a second time, he said at the beginning: “People have said I’m mad to do it again but it wouldn’t be called a challenge if it was easy.

“I’ve done it once before so I know what to expect. There will be tough times and injury niggles but if you believe in yourself, you can achieve anything.

“The challenges aren’t about me, they are about raising money which will make a difference to people’s lives. The more money raised, the more people we can help. I’m not a runner, I’m a fundraiser.”

Gary is once again raising money for Macmillan Cancer Support Cumbria and this year will also be supporting Cumbria Hospice at Home; at the time of writing donations to Gary’s Virgin Money Giving page were sitting at over £73,000.

Gary says: “COVID-19 has had a huge impact on charities due to fundraising events and activities being cancelled, and I wanted to support Hospice at Home West Cumbria because of the fantastic work it does providing palliative and end of life care throughout the area.”

Gary, who works at Sellafield has been following his regular training routes around his home in west Cumbria and regularly updates on Facebook, Strava and Twitter where he has amassed a huge following from fans keen to know how his 3000 mile endeavour is going.

Gary has also been supported by local company, Ennerdale Brewery who created a beer in his honour back in 2017 for the 100 marathon challenge, the recipe has been revived this year to once again pay tribute to the Cumbrian hero. Marathon Man is a robust IPA that pops with notes of spicy orange and grapefruit and if that description gets your tastebuds standing to attention then you will be pleased to hear that profits from the sales of Marathon Man 110 will go towards Gary’s efforts to raise money for Macmillan Cancer Support.

You can also show your support for the 110 marathons in 110 days challenge by sponsoring one of Gary’s running vests, or donating money via his fundraising page.