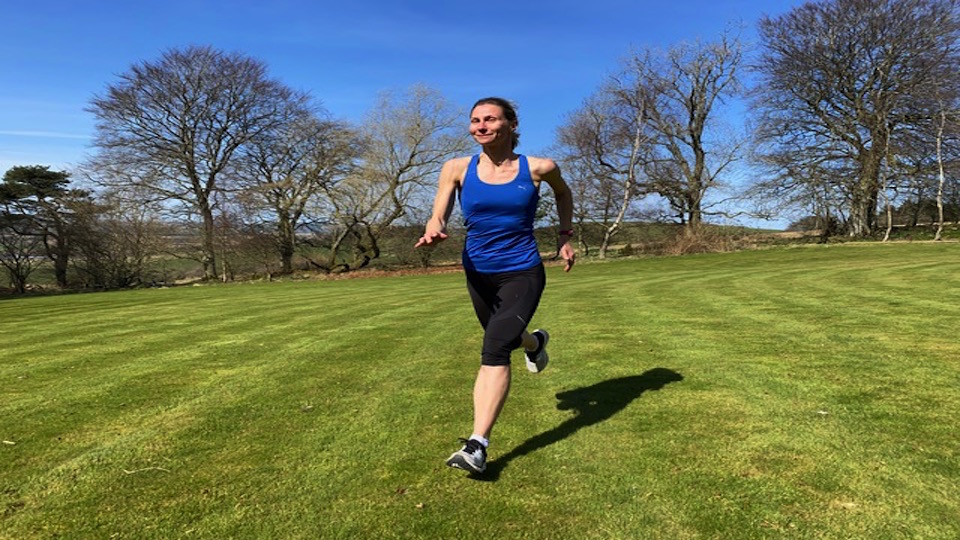 It was Friday night … and I was looking forward to easing away the stresses of the week with a quiet, relaxed run in some of my favourite woodlands.

But after about a mile of chugging along the track, I noticed a young man coming towards me at pace. How odd, I thought to myself: there’s never usually anyone here but me. The twisty, turny root-laden paths of the Fetternear Estate were also a strange place to give it your all.

A few minutes later, another runner came towards me, also giving it some welly. I repeated the same drill. Nod. Step off path. Carry on.

Then a third hot-footed man appeared right behind him – but this man I knew.

“Who are you here with tonight?” I shouted, thinking I’d stumbled on some secret elite training camp deep in the heart of Aberdeenshire. “No one – It’s a race,” he puffed back at me.

Ah, a race. I remember those. The last one I did was a long time ago. So long ago, it seemed, that I had forgotten what they looked like.

At that point, instinct took over: it was time to stop running and start shouting. I stepped further off the path and clapped and shouted and cheered for every runner that came past. The racers, the plodders, the puffers, the turbo-charged youngsters, the laser-focused club runners, the ‘tough it outers’, the ‘I’m never doing this againers’, the ‘stop and chatters’ – they were all there, just like old times.

When all the start waves were through, I set off on my own run again. After a couple of very happy miles – pumped full of the excitement of witnessing an actual race again – I stumbled across the finish area, just in time to see those same lead runners cross the line, still ahead of the pack.

After a brief chat with the organiser to thank him for putting on the event – and apologise for gate-crashing it – I ran up the finishing straight towards my car, clapping the runners home at the same time.

In the end, my quiet, relaxing Friday night run had turned into the most exciting evening I’ve had in months. I felt very privileged to have witnessed – albeit accidentally – the return of something we all took for granted 14 months ago, but which now felt almost like a secret woodland ritual.

I wonder who I'll meet in the woods tomorrow night.