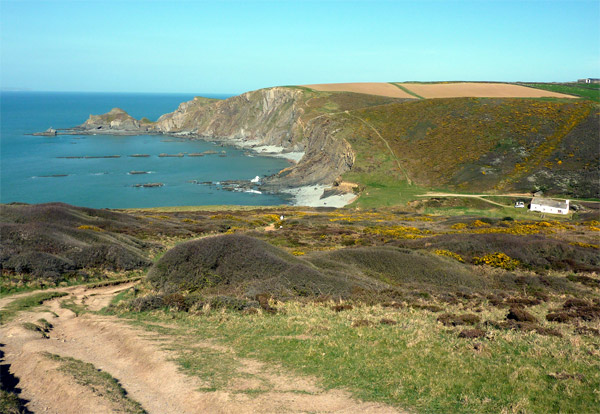 Ah, the holiday run. I don’t ever feel quite so settled into a break until I have logged the first run of the trip. It has a dual purpose.

Firstly, it is a way of finding my bearings of the immediate surroundings - often discovering some hidden gems likely to remain undiscovered by car.

Secondly, it is to avoid getting into a sedentary, slovenly holiday habit from the off. Ok, it might be a time for a break, but the spare hours give you scope to enjoy your running around ample rest and leisure.

This week, I am taking seven days out in Cornwall, close to the surf-loving cove of Polzeath. Of course, when holidaying in Cornwall, we are near to the sea, which means we are close to the much-loved South West Coast Path which covers the entire Cornish coast as well as Devon, Somerset and into Dorset.

At 630 miles, it is not short of options, but mostly presents a rugged, undulating experience with stunning coastal views. My nine-mile sojourn on the north coast was typical of the path. Carved into the coastline close to steep inclines into the sea, it is a leg-sapping, heart-pounding, eye-pleasing feast.

On today’s outing, I was also rewarded with two unmistakably Cornish fishing ports. Tiny in size, but massive in charm. Both with lobster and crab pots idly scattered on the beach, thatched roofs and scruffy pubs that retain an odd allure.

Better still, I stumbled on an idyllic sandy cove unreachable by road and today – a rather rainy day – left alone by all tourists. My trainers printed into the sand were the only evidence of any human presence. Bliss.

Away from home turf, it is a massively refreshing alternative to the typical running routes of home. The holiday run is a treat in its own right, but can also really add some fresh motivation for a regular runner. Now, where’s that cream tea?