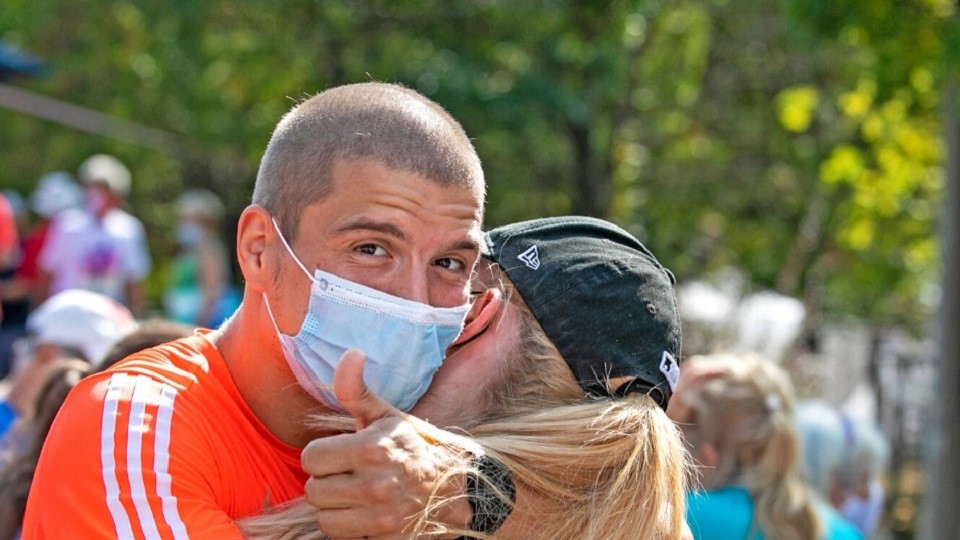 However, one thing we have all learned about Coronavirus is that it has a habit of returning to haunt us, just as we think we are out of the woods. And so it was that at the start of October, after three months of no restrictions and very few infections, the Government of Hungary re-introduced an international travel ban, thus preventing all but a few overseas athletes from attending.

The 35th Budapest Marathon went ahead as a largely domestic event with 2,000 runners. With the Regnum 30K held on part of the full marathon course, plus a marathon relay and couples event, there were just under 3,000 in action on Sunday. The previous day had seen another 3,000+ competing in 5K, 10K and 4x2K relay races for a grand total of 6,000 across the weekend.

One of the unusual features of Budapest Marathon weekend is the combination of the 10K and 5K results for those competitors who chose to run both distances on the eve of the marathon. The winners of SPAR 5K & 10K combo awards were Rostyslav Bei (18:47; 37:22) and 14-year-old sensation Vanda Lovei (20:11; 40:40). They do things differently in Hungary!

Budapest Marathon organisers reacted swiftly to the sudden, disappointing news regarding overseas competitors and introduced a virtual option, together with the opportunity to defer to any Run In Budapest event until 31st December 2022.

One of those who chose the virtual run was Jan Paraniak, from Sweden, who was awarded the special race number 500 to celebrate running his 500th marathon on his 70th birthday in his home town of Huddinge, where he provided fellow virtual runners with Goulash soup and Zwack Unicum liqueur for a taste of Hungary at the finish.

Race details and results are at runABC race listing here