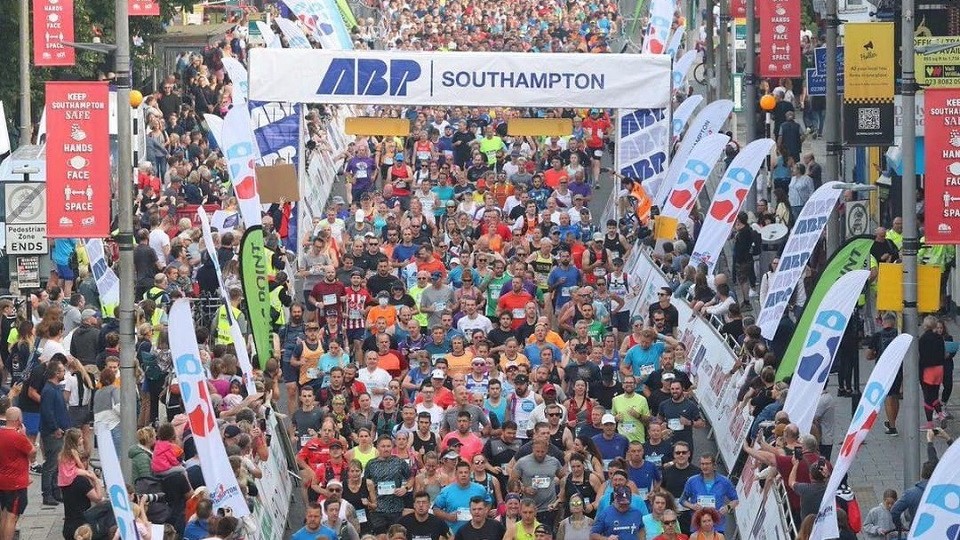 There were 3,660 finishers across four events at the delayed ABP Southampton Marathon. Already bumped off its April 2020 date, and several subsequent reserve dates, there was relief in abundance as promoters ReesLeisure were finally able to deliver a Covid secure event on Sunday 5th September.

The Daily Echo were busy sorting through 125,000 photos – just one example of the huge amount of time and effort that goes into promoting what proved to be one of the first post-Covid mass marathons in the UK.

'Mrs Queen Bee' summed up the day on social media: "Great event, thank you to the marshals and people of Southampton that showed their support - especially the ones with hosepipes! No PB for me but it was a lovely day!"

The sudden heatwave that swept through the south affected ABP Southampton Marathon as much as many other events held on this busiest weekend for races so far this year. There were 647 finishers in the flagship 26.2-mile race that features a double-crossing of Itchen Bridge.

This year's marathon champions were Sean Hogan (Poole Runners, 2:35:03) – after an exceptional opening 10K in 32:45 – and Melissah Gibson (Ealing Eagles, 2:54:16), eighth overall and one of 19 athletes to record a time below three hours on a scorching day.

That just leaves the excitement and enthusiasm of the youngsters in the ABP Southampton Fun Run where the first two finishers were Jacob Baylis (Portswood Primary, 5:07.7) and Jessica Reynolds (St James, 5:13.2).