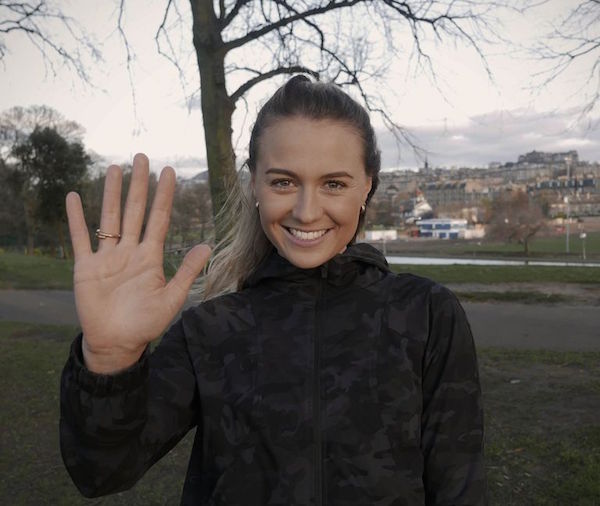 The Edinburgh runner who started the ‘5K Run For Heroes’ campaign has been left ‘speechless’ at having reached – and exceeded – her target of raising £5m for the NHS.

Olvia Strong told The Scottish Sun: “It was an amazing moment when it reached the £5million mark on Sunday morning. It’s a colossal amount of money. I still can’t believe it. It was quite an emotional moment when we hit it.

“I just want to give every runner involved a hug.”

Olivia came up with the idea to encourage people to run, walk or cycle 5k, donate £5 to charity, then nominate five others to do the same during her usual run on Arthur’s Seat, five days after lockdown.

Thinking that the power of all the runners, cyclists and walkers taking their daily exercise could be harnessed to raise funds for the NHS, she set up her campaign that afternoon. Strong’s original goal was to raise £5000, a total blown out of the water as soon as the campaign was noticed – and supported – by celebrities like singer – and avid runner – Ellie Goulding, TV presenter Laura Whitmore and actor Lily James.

Top athletes like Lindsay Sharp, Jessica Ennis-Hill, Rebecca Adlington and Sir Mo Farah have also taken part, and posted the obligatory sweaty selfies on the campaign's instagram page. With 200,000 runners and counting joining in, as of Wednesday night, the total raised by Strong’s campaign stood at over £5.2million.

“I am just so grateful to all the runners for taking part and it’s obviously been great having celebrities supporting it. We couldn’t have reached this figure without them.”

All proceeds from the ‘5K Run for Heroes’ go to NHS Charities Together, which supports the welfare and wellbeing of NHS staff fighting Coronavirus.