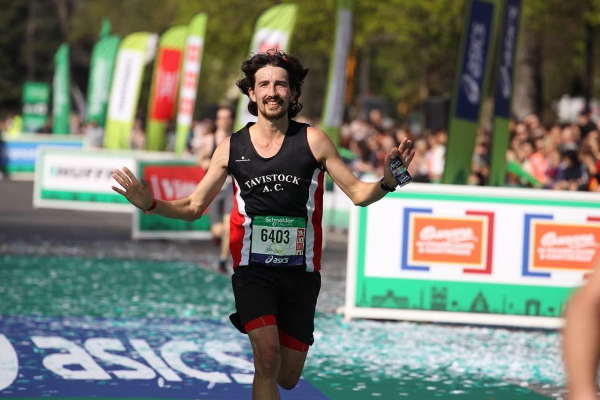 On Sunday (26 April) Adam Holland set an ‘unofficial’ world record for the fastest treadmill marathon at the Watopia Run Festival hosted by Zwift. He showed a zwift pair of heels to the rest of the virtual field.

The 2020 Zwift Maurten Watopia Run Festival was a one week (20-26 April) virtual extravaganza consisting of a One Mile, 5K, 10K, Half Marathon and Marathon. Open to runners of all abilities who took to treadmills in their garages and houses to test themselves and compare their efforts to others.

Sunday was marathon day and for many, an opportunity to see if all the training and preparation would pay off as races have been postponed or cancelled due to the coronavirus outbreak. Here was an outlet for that frustration and disappointment and possibly a PB.

Supreme endurance athlete Adam Holland had declared his intention to attempt an ‘unofficial’ World Record for the fastest treadmill marathon. The current record of 2:20:45 was held by Paul Zwama (NED).

Over 200 runners were at the virtual start line in Watopia where Adam had the honour of leading the marathon at 8am. He got into the groove on his NoblePro treadmill, increasing the speed at the halfway point and looked strong throughout.

Whilst Adam admits this was for fun it has whetted his appetite for treadmill running with the official world records in his sights. He says: “When we are through this pandemic and able to meet up again I look forward to having an actual go at official World Records for the treadmill Half Marathon, Marathon and 50K.”