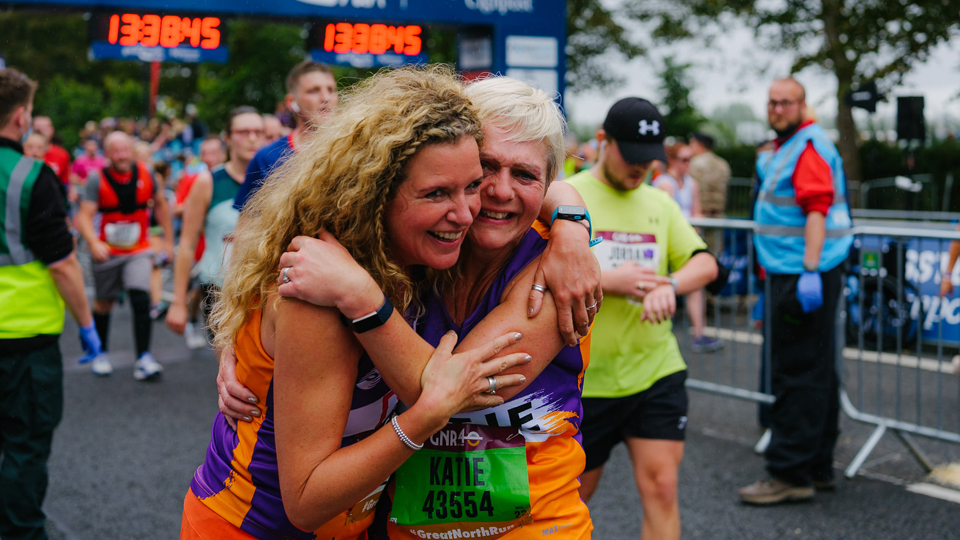 We take a look at Sunday's much-anticipated return of the country's biggest half marathon...

Sunday was an emotional day for runners in Tyneside as the region’s flagship event made its return after a COVID-enforced absence in 2020. And what a year to stage a comeback with celebrations in full swing for what was the iconic half marathon’s 40th anniversary.

Some 57,000 runners were back to run, and party, through the streets of Newcastle and that's exactly what they did. There was no mass start this year due to COVID restrictions, but staggered start times and a change in route were embraced by all. To be back running in the Great North Run on its 40th birthday was, for everyone, as good as it gets.

Adding to the celebrations the Red Arrows were back to perform their annual fly-by across the skies of Newcastle with the dazzling red, white and blue smoke trailing in their midst. With the planes soaring high above the masses, it certainly wasn't smoke in their eyes... but there may have been a few tears. It was, as they say, emotional.

This year saw a strong British elite field with Eilish McColgan coming second in the women’s race and Marc Scott winning the men’s race. Eilish was just six seconds behind the winner - Kenyan Helen Obiri who won in a time of 1:07:42.

Marc Scott had a great day at the office, clocking a time of 1:01:22 - nine seconds in front of Kenyan Ed Cheserek.

One of the thousands of non-elite runners to take part, Aishling Creer, commented on Facebook: “My first Great North Run today and what an absolutely fantastic event to be part off. I was one of those people that watched on the TV saying I'd love to do that....and today I did!”

You can link to full results for the 2021 Great North Run at runABC North's race listing page.