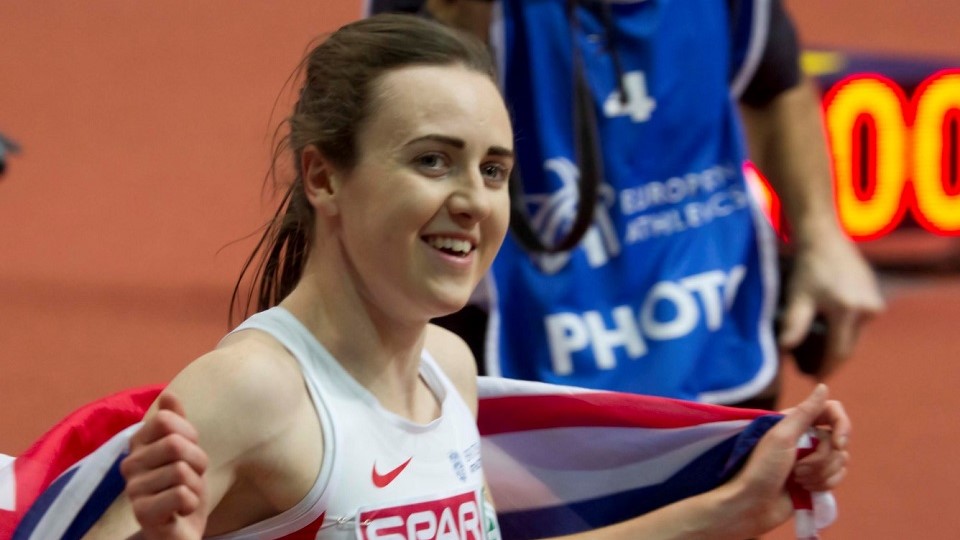 The 11,800 capacity Gateshead International Stadium has been the scene of several world records and countless stirring athletics performances since it was built in 1955 at a cost of £30,000. Unfortunately, the opening Wanda Diamond League meeting of the season – the Müller Grand Prix Gateshead on Sunday 23 May – was hit by unseasonably cold, wet and windy weather leaving athletes shivering.

The legendary Brendan Foster set a world 3000m record of 7:35.20 here in 1974 and Asafa Powell (Jamaica) equalled his own world 100m record of 9.77sec in June 2006. The event was due to be held in Rabat, Morocco – where conditions would have been somewhat warmer – but was transferred to Gateshead due to the coronavirus pandemic.

Reflecting on a mission accomplished, Muir said: “Today wasn’t about times, it was about getting out there and getting a win in front of a home crowd. I’m really, really pleased, I just wanted to sit in and use my strength over the last half, which I did. I’ll have to watch the race back but it went really well.”

Jacob Ingebrigtsen (Norway, 3:36.27) dominated the men's 1500m, where the leading GB athlete was sixth-placed Archie Davis (Brighton Phoenix, 3:41.66). “This is normal weather back on the west coast of Norway,” said Ingebrigtsen. “It’s really tricky to run fast in these conditions and it turned out to be a tactical race”.

Earlier in the evening, there was a well-earned 3000m steeplechase PB for Mark Pearce (8:32.65) in fourth place behind winner Hillary Bor (USA, 8:30.20). Meanwhile, one of the most delighted victors on the night was Mohamed Katir (Spain, 13:08.52) who also showed that big personal bests were possible despite the conditions in the 5000m. Andrew Butchart (Central) – sporting a new blond hairstyle – was sixth in 13:23.73.

The British and perhaps meeting highlight was Dina Asher-Smith's victory over a top-class field in the 100m (11.35). The Blackheath Harrier was running into a headwind of more than 3m/sec as she went more than a tenth of a second clear of current world leader Sha'Carrie Richardson (USA), the world bronze medallist Marie-Josée Talou (Ivory Coast) and the world champion, Shelly-Ann Fraser-Pryce (Jamaica). It truly was a storming performance!

Results at Wanda Diamond League here and Power of 10 here