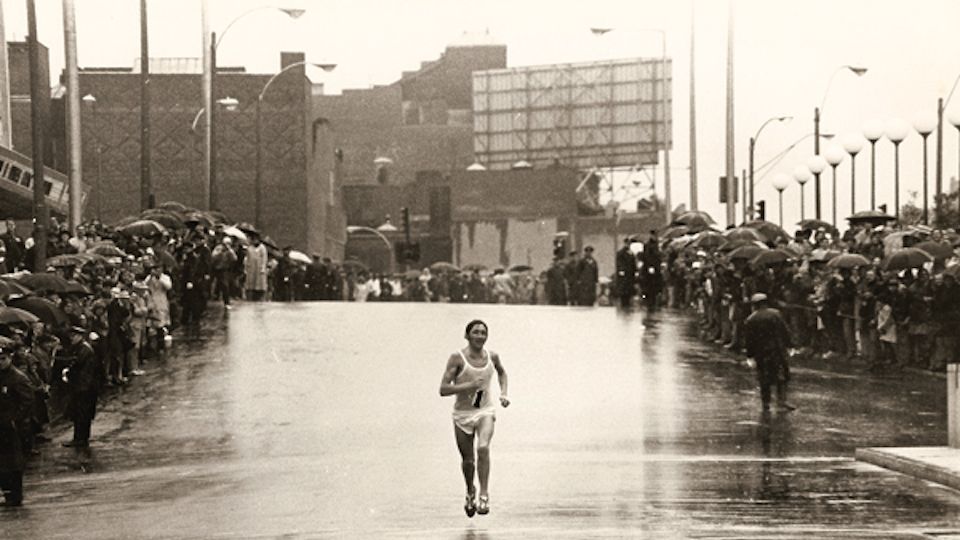 Athletics community mourns the passing of a true legend

Ron Hill, one of the most popular and accomplished figures in British running, has died at the age of 82.

Over his lifetime, Hill ran 115 marathons. But there’s no doubt that Hill’s annus mirabilis was 1970, when he became the first British runner to win the Boston marathon – breaking the course record by more than three minutes (2.10.30).

Later that year Hill also won marathon gold at the Commonwealth Games in Edinburgh, becoming only the second man ever to break the 2.10 mark. His time of 2.09.28 still makes him the 12th fastest Brit ever over the distance.

News of Hill’s death was announced yesterday by the sportswear company he founded as Ron Hill Sports – also, as it happens, in 1970 – after a career working as a textile chemist.

The company, familiar to runners as Ronhill, paid tribute to the man they called ‘our founder, our inspiration, a husband, a father, a grandfather, a runner’.

Using knowledge gained during the completion of his PhD as well as from his countless miles on roads and tracks, Hill became the first to use synthetic fabrics in sportswear.

Hill will also be remembered for having run at least one mile every single day from 20 December 1964 to 31 January 2017 – including the day on which he broke his sternum in a car accident, and the six weeks while his foot was in a plaster cast after an operation.

After 52 years and 39 days, the world’s longest run streak came to an end. At the age of 78, and after developing heart problems, an almost unthinkable announcement appeared on facebook: "Due to ill health Ron has decided to take a day off".

In 2017, Hill was diagnosed with Alzheimer’s, calling the condition ‘the biggest challenge of his life, but it isn’t the end of the road by any stretch of the imagination’. In his later years, Hill became involved in fundraising efforts to help battle the condition.

Hill is survived by his wife May, and sons Graham and Steve.