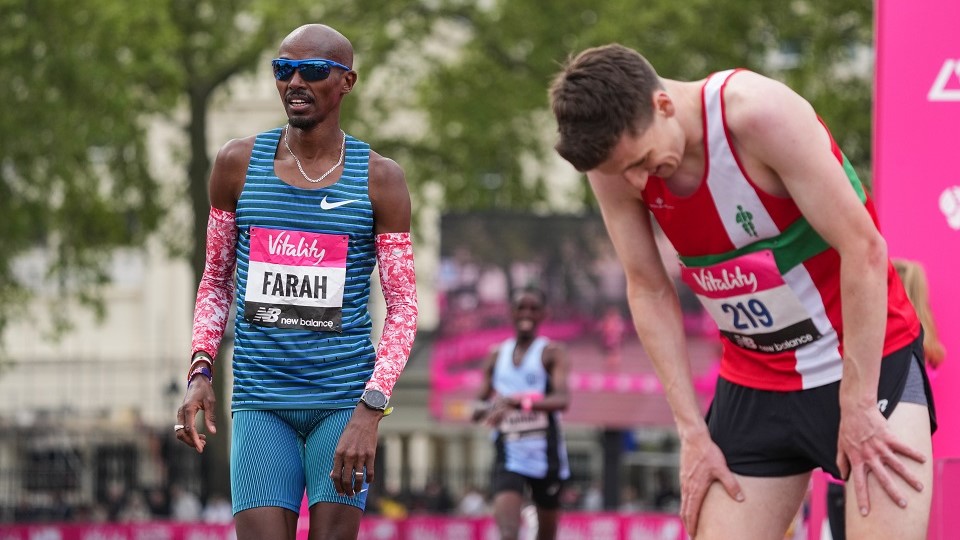 Changing of the guard at Buckingham Palace?

Thousands of runners turned out on Bank Holiday Monday 2 May to celebrate the Vitality London 10,000’s return to the capital after three years away. Perfect weather conditions and a flat, fast course helped to raise expectations for something spectacular, especially from Scot Eilish McColgan – fresh from a 14:45 British 5K record in Malaga eight days earlier – who had an eye on Paula Radcliffe's long-standing European and British 10K record of 30:21.

But first, the men's race, where Sir Mo Farah was expected to fight for an unprecedented eighth victory, with Scotland's Andy Butchart his main opposition. In the event, Butchart was a late withdrawal and the relatively unheralded club athlete Ellis Cross (Aldershot) sprinted away from the 39-year-old four-time Olympic champion for a surprise victory in 28:40.

Cross had paid £37 to enter as a non-elite invitee and made a handsome profit of £1,963 from his £2K windfall prize money. Speaking after the biggest win of his career, Cross said: “I’m lost for words – I did not expect this in a million years. Honestly, I know it’s a cliché, but I couldn’t believe it. I just felt very good from the get-go. To do so well in front of such a big crowd is crazy. But I think it helped – obviously everyone was supporting Sir Mo and nobody knew who I was!"

Farah, who has been fighting serious foot and quad injuries since last June, finished second (28:44) and Mohamud Aadan (Thames Valley Harriers, 28:48) was third, despite fasting for Ramadan and looking forward to celebrating Eid with a top performance under his belt.

The women's race was dominated by Eilish McColgan (Dundee Hawkhill Harriers) who was on target throughout for yet another record-busting performance. However, she fell an agonising two seconds short in 30:23 – the second fastest Brit ever, erasing her mother Liz's Scottish 10K record of 30:39 set in Orlando in 1989.

“I'm gutted to have missed the British record by a couple of seconds,” McColgan said after the race. “I probably didn’t believe I could do it, so I went into the race thinking I’d be happy to run 31:40, but I’m in much better shape than I give myself credit for. To be honest, I only saw the clock when I turned the corner towards the finish line, and I thought ‘Oh my god, I could make it in time!’”

The runners-up were Jess Piasecki (Stockport Harriers, 31:28) and Samantha Harrison (Notts AC, 31:44) with solid runs as they prepare for championship marathons ahead.

There were 13,500 finishers who started in 10 waves, including a dedicated Run for Ukraine race with all the discounted £15 entry fees going to the Disasters Emergency Committee Ukraine Humanitarian Appeal.

Results can be studied via runABC race listing here 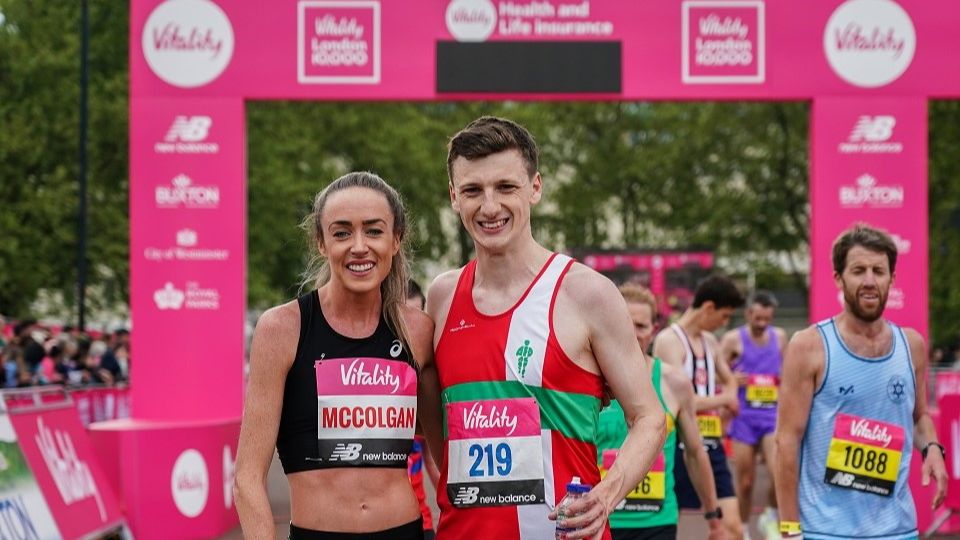