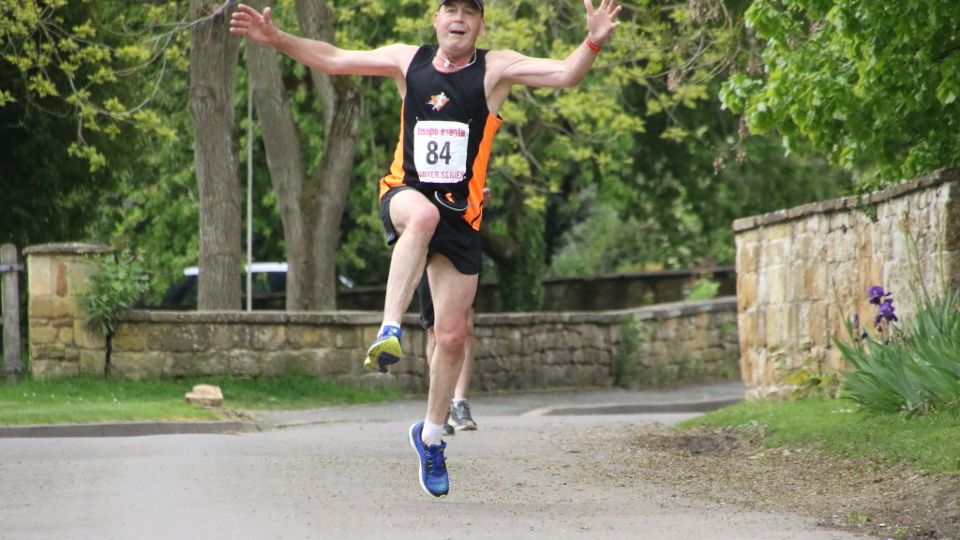 Upbeat tempo as 10K series makes it to the end

It kept calm and ran on through the pandemic.

The motivational quote on the blue hoody, “Locked down but undeterred” said it all for the 2020-2021 Tempo Winter 10K Series. This popular series continued despite Covid-19 and the hoody and sausages were of their usual high standard.

This event has become a favourite with many runners not least because of the post-race sausages, courtesy of Barry the Butcher. Organised by Tempo Events, their series of 10K races are usually held once a month from October to February but they had to extend this due to the lockdowns.

Their five races were held in the village of Ilmington, Shipston upon Stour with the sports club as the HQ and under Covid restrictions that included no on the day entries, a staggered start for the runners and leaving the venue within 30 minutes of finishing. In a departure from the norm, the series prizes were based upon cumulative times for participants’ best four races.

The restrictions made it a challenge but the organisers were up to it and their efforts appreciated by everyone who took part. For many people, being able to complete these races in the current climate was a reward in itself not just the meaty treats and highly coveted item of clothing.

Any runner who completed the five races received a top quality, blue hoody. The same applied to anyone who marshalled all of these and there were sausages for all.

The 2021-2022 Tempo Winter 10K Series has opened for entries with many of this year’s finishers keen to sign up for what one lady said was: “A lovely, inclusive, sausagey event.”