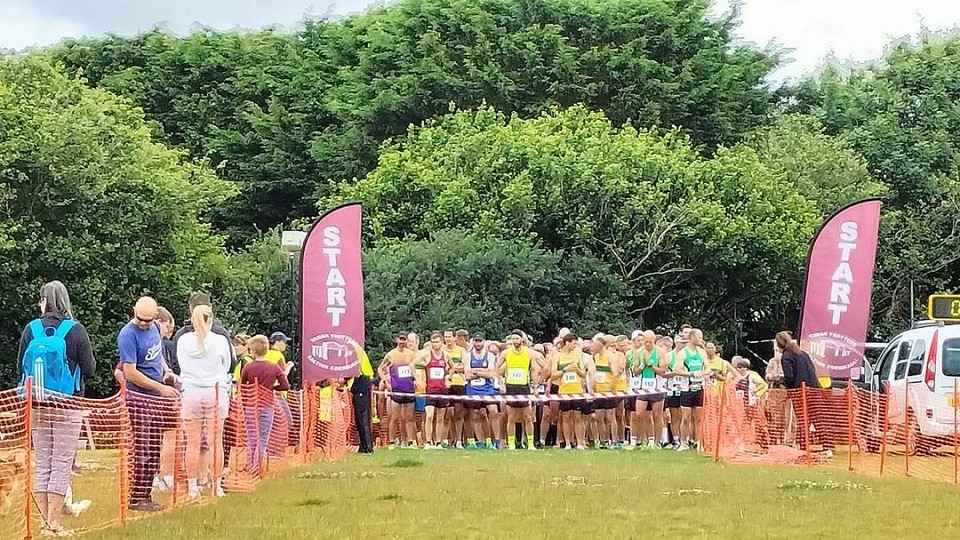 Tamar Trotters have a modest name for their summer road race: "The Magnificent 7".

To be fair it is a niche event over a rarely run distance that has been a staple of the Cornish calendar since 1999 when the inaugural winners were Steve Payne (Plymouth Harriers, 40:23) and Revis Crowle (East Cornwall Harriers, 50:32).

Running the hilly seven miles from Saltash Rugby Club in less than 42 minutes or six-minute-mile pace is the mark of 'magnificence' for males so what can we say about the women's course record (41:55) owned by Emma Stepto, of Cornwall AC,  since 2013? The men's equivalent stands at 36:51 by Exmouth Harriers' Tom Merson, set when this race was last run pre-Covid in 2019.

Entries are limited to 400 for this Cornish Grand Prix Series event due to the narrow lanes on the scenic route that affords magnificent views over the Tamar and Lynher Estuaries en route to Elmgate and back, with five miles clicking up as runners join Anthony Passage at the tidal Mill Pond and Forder Lake.

Five men achieved 'magnificence' status by going under 42 minutes in 2022. Jacob Landers (Tamar Trotters, 38:29) – fresh from victory in the Saltash Half Marathon in May – was cheered home by a partisan crowd as he had two and a half minutes in hand over Gwylym Gibson (South West Road Runners, 41:02) and Steve Reynolds (Truro Running Club, 41:21) who was racing on his birthday.