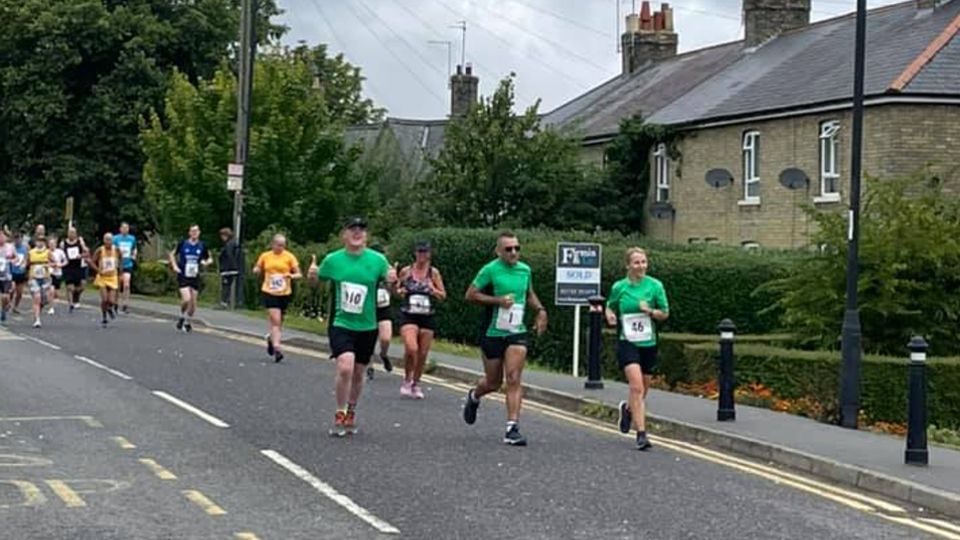 Simply does it at the Thorney 5 Mile

The race was pared back to the essentials for safety reasons.

Sunday’s (22 August) Thorney 5 came alive once again albeit in a simplified form to keep everyone safe and sound. It may have been stripped back but there was plenty of enthusiasm amongst runners – young and old - and strong performances at this small yet mighty event.

This race is held annually by Thorney Running Club and loved for its fast, flat, out and back course with high PB potential. It is chip timed, making for accurate finish times and professional in organisation and attitude. Well supported too.

There was disappointment when the 2020 race was cancelled due to the pandemic but delight at its return in 2021 as it has been for so many other events after a very difficult 17 months. A series of changes were made that included masks and social distancing on the site around Bedford Hall, no refreshments, no presentation and medals collected from the table near the finish.

A stripped back 3K Fun Run took place at 9.30am in Thorney Park near to Bedford Hall. They completed three laps of the park, running in a clockwise direction and received a medal, water and certificate for their efforts.

The 10K started at 10.30am. Around 120 runners set off on a closed road through the village of Thorney where they reached a turnaround point then headed back the same way.

A fine display of running by Adam Peacock of Birmingham Running Athletics & Triathlon Club (BRAT) saw him win the Thorney 5 Mile in 25:37. Daniel Lewis of Peterborough & Nene Valley AC finished more than two minutes after him to come second in 27:50 followed by team mate Luke Brown in 28:09.

Peterborough & Nene Valley AC had another reason to celebrate as Jessica Varley became the first female in 30:40. Kanina O’Neil of March AC was second in 33:59 and Abigail Branston of Yaxley Runners & Joggers third in 34:13.

The full set of results can be viewed at the RunABC Midlands Race Listings page.

A good day was had by all at an enjoyable race where duty of care was the main priority.