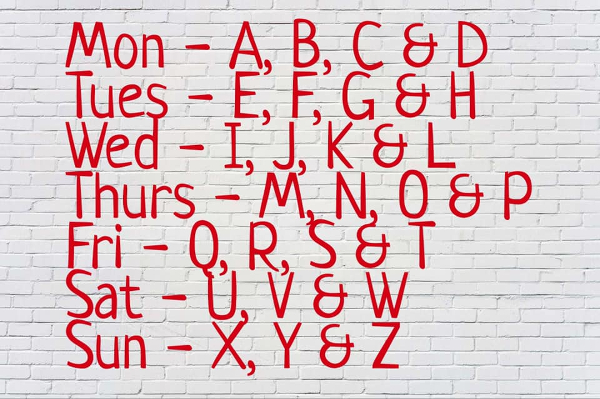 Stay connected by running the alphabet

26 letters, one week is the latest challenge for runners from See York Run York. Participants are invited to run the alphabet, beginning on Monday (27 April) as a way of engaging with each other and have fun during the lockdown.

Hot on the heels of Rainbow Running, See York Run York has launched a new challenge that involves the alphabet.The 26 letters are split into groups of three or four each day and runners are asked to find a subject that begins with that letter and then unleash their creative side and share with the community.

As an example, find something beginning with ‘D’ – a dandelion or a duck, take a photograph then upload it to the See York Run York Facebook page.

The alphabet can be interpreted as widely as possible. They can use various objects to create a letter, take a photo of something that begins with the letter or design a running route (Strava) based upon that letter. All the organisers ask is that runners give it a try and share images of their artistic interpretations of this community-based activity on social media.

Get involved, be expressive and stay safe!