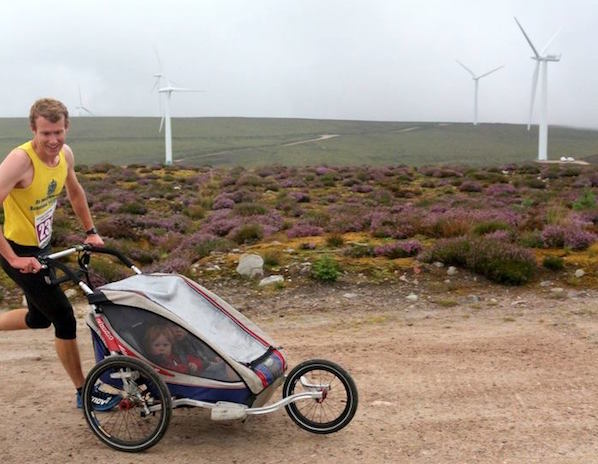 Speyside Series ‘winds’ down for 2018

The third and final race of the 2018 Speyside Series of races will be held this Sunday (2 September).

Entries will be available on the day (for an extra charge) for the Speyside Windfarm 12 Miler – a challenging course that climbs up, and around, the Paul’s Hill Windfarm near Knockando, Moray. Runners can expect incredible views from the Cairngorms to the Spey Valley and out to the Moray Firth – but they’ll have to climb some 1400ft in total to get them!

Unlike many trail races, parents are welcome to take their children around the Morayshire course. The track is mainly compacted hardcore, so offroad buggies are recommended.

If 12 miles is a bit too far to push your little one, or they’re able to run on their own, there’s also a 10k race and a 1 mile kids’ run. Organisers also promise ‘legendary’ post-race cakes.

Runners’ times from Sunday’s 12 Mile Windfarm Challenge will be added to those of the other events in the Speyside Series – the Archietown 5K (29 April) and the Dufftown ‘Still Running’ 5 Mile/5 Hill (18 July) – to decide the series winners.

Last year 11 runners completed all three events – giving them a mix of road, cross country and hill terrain and were in with a chance to win either the Elchies Farm Trophy (for women) or the Cardhu Country House Trophy (for men).

As the winner of both this year’s Archiestown 5K and Dufftown runs, Wilson is currently favourite for the 2018 men’s title.

Favourite for the women’s title must be Victoria Burtt (Spey Runners), who finished second female at Archiestown and third female at Dufftown.