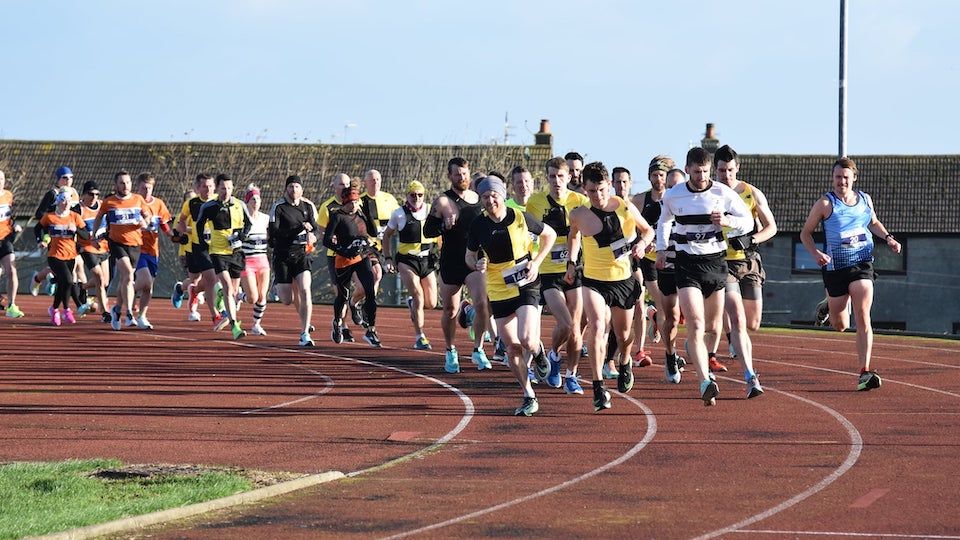 NE runners blown away by new route at Peterhead 10K …

… and the gale force winds of the 'Bloo Toon'

The 148 runners who were lucky enough to get a place in yesterday’s Peterhead 10K were blown away with the event’s new route – and the gale force winds of Sunday afternoon.

As usual, the popular North-East event, this year limited to 200 runners, sold out well in advance of race day.

Organisers Peterhead Athletics Club made certain plenty of marshals were in place to guide runners around the new route around the town, which now starts and finishes at the Catto running track.

Runners’ feedback on the new course and the enthusiastic marshalling was universally positive, despite the ‘wind tunnel’ effect of the last 100m. One runner summed up the opinions of many on social media, writing ‘Really enjoyed the new course thanks to the brilliant marshalling. The wind tunnel in the last hundred metres not so much!’ After thanking the organisers for ‘getting us back to the Blue Toon to race again’, another  joked that if they could book ‘snow instead of a hurricane next time, that would be grand’.

First across the line and setter of the mark to beat for the new route was Fraserburgh RC’s Keith Mcintyre (34.31). John Bonner crossed the line nearly two minutes later (36.27) to claim second, with Metro Aberdeen’s Jordan Cruickshank taking third (36.39).

Full results for the Peterhead 10K are available now via runABC Scotland.