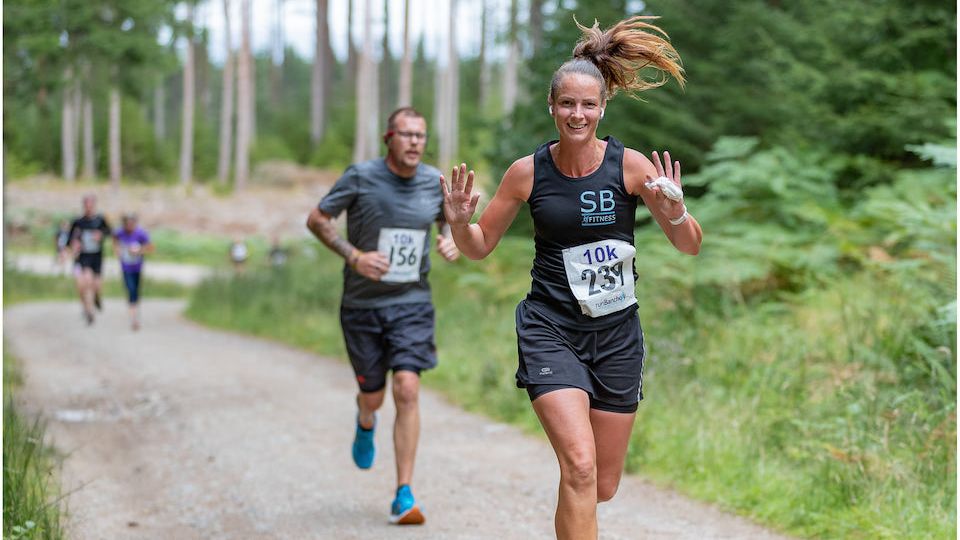 Just over 200 runners followed a young female piper out of Banchory’s King George V Park to head to the start of runBanchory’s multi-terrain challenge on Sunday.

The weekend's run was the second edition of the event, launched in 2019 by fitness instructor Scott Birse. He told runABC Scotland, “The day went really well, with a great community atmosphere. The weather was a bit drizzly at the start, but it came good.”

Although numbers were down on the first edition of the run, most likely due to the general uncertainty surrounding large gatherings, Birse felt it was very important ‘to get the event going’ again this year.

He added, “All the feedback I’ve had so far has been really positive. It was the first event for many runners for a long time, and I couldn’t have asked for more.”

With extra time to plan his second runBanchory, Birse made a few improvements to the run, including moving the start of the race to the road and changing the course to avoid a bottlenecking climb in the early stages.

Involved professionally in fitness, Birse is already thinking of ways to improve runBanchory next year. The addition of a longer distance race, extending the festival to two days and finding ways to attract more secondary school aged pupils to the 2.5k race are just a few of the options he’s considering.

But whatever changes he makes, community will always be at the heart of runBanchory. Working in conjunction with Banchory Outdoor Active, all proceeds from this year’s event will be directed towards the rejuvenation of the aging astroturf pitches of the Deeside All-Weather Training Area, with the aim of developing a ‘home’ for football in the town.

Speaking after the event, Birse told us how grateful he was for the support of that local community as well as the race committee, who marshalled, cheered, organised and generally ‘mucked in’. He added, “I’m also very grateful for the support of our sponsors Out There Active Wear and Barry Chalmers Painting and Decorating.”