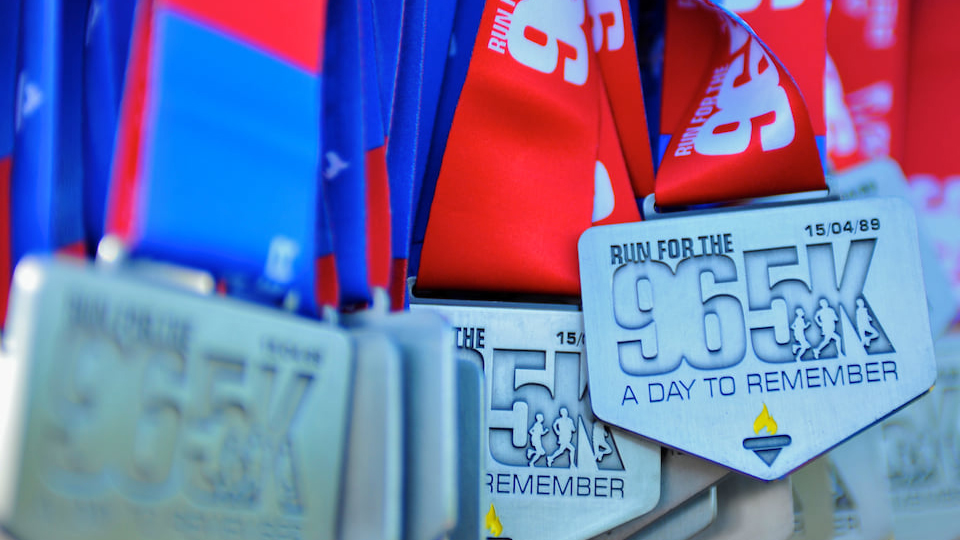 Liverpool’s much-loved Run For The 96 went virtual for the second year running and was a great success.

Despite a covid-enforced virtual staging, Liverpool’s much-loved Run For The 96 can be viewed as another big success for race organisers BTR Liverpool. It was the second year where a virtual race was necessary, but that didn’t seem to bother those who decided to join in the fun.

Once again the event saw runners taking part from across the world and over 1,000 runners took to the streets in their trainers and club colours from Anfield to Australia!

Event organiser, Alan Rothwell said: “It is very reassuring that despite the global health pandemic over the last 15 months we have still managed to get so many people involved.

“I was lucky enough to do my virtual 5K on the scheduled date for the event - in Stanley Park - and was joined by Liverpool FC legend Alan Kennedy who has supported the 96/5K from the outset.

“It was great to see so many people out and about in the park undertaking their own virtual runs - flags, children, dogs, the fast and the not so fast all out doing what the football community of Liverpool does best... supporting a fantastic cause and respectfully remembering all those involved in that awful April day back in 1989.”

As reported in runABC North’s previous news story, a photo competition has been running in conjunction with the event and according to organisers there have been many photos submitted already showing the venues and destinations where participants have been running. By the end of May those in charge will be selecting a winner who will receive a personalised and signed Jamie Carragher shirt.

There are two other opportunities to win a signed shirt... one was just by taking part. If you did then you will be in a draw and if you are raising money for the event charities then you will also be in a second draw.

If you would like to make a donation to the event charities then please visit the Justgiving page to do so.

The date for the 2022 event is not known at the moment but will be identified once the 2021 /22 Premier League fixtures are announced. The event will take place in Stanley Park on the final Saturday of the next football season.

Entries for the event will open once the date can be confirmed and there will again be a virtual option for those who cannot attend Stanley Park in person on race day. There will also be the 1 mile option for on the day in the park and virtually.

Final word from a delighted Alan: “Thank you for your amazing support this year and let's all look forward to getting together on the start line in 2022.”