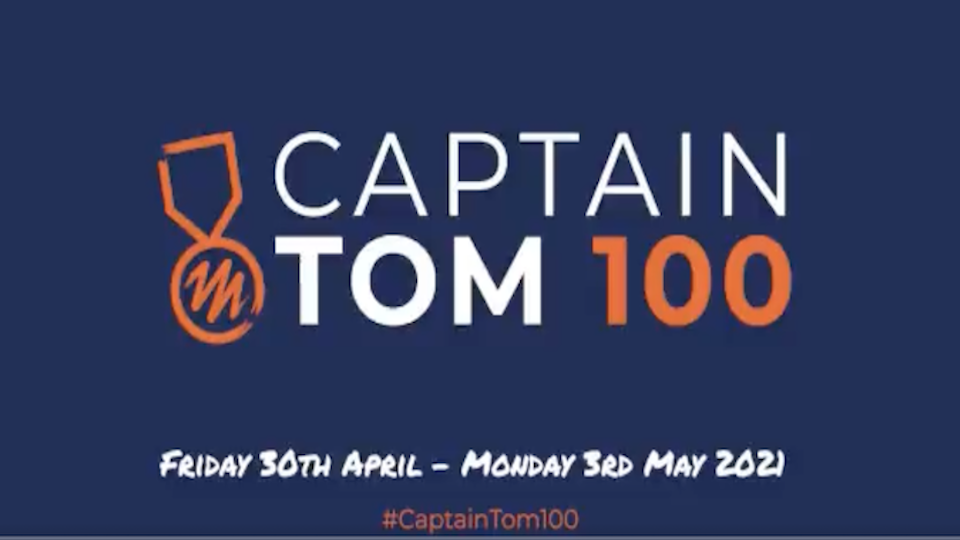 Runners around the world have been invited to take part in a new charity fundraising initiative designed to celebrate Captain Sir Tom Moore’s life and achievements. The Captain Tom 100, organised by the Captain Tom Foundation in association with London Marathon Events, will run from Friday 30 April to Early May Bank Holiday, Monday 3 May 2021.

After his death this February, Sir Tom’s family pledged to celebrate his life with an event that everyone, in the UK and around the world, could get involved in to celebrate his generosity of spirit, the hope and joy he brought to millions, and his sense of fun: that event is the Captain Tom 100.

The starting date for the virtual challenge is a very significant one in Sir Tom’s story. Not only would the day have been his 101st birthday, but 30 April will also be the one-year anniversary of the extraordinary celebrations that followed the conclusion of the 100 laps Sir Tom did of his garden, raising an incredible £38.9 million for the NHS.

All you need to do to take part in the celebrations of Captain Sir Tom’s life is dream up your own challenge, based on the number 100, and carry it out over the four-day event window. Challenges for runners could be running 100m, 100 laps of their garden or a route near their house, a set number of 100m reps, or, if they're really ambitious, running 100 kilometres (or miles) over the four days – anything, as long as it involves the number 100.

If it gets tough, runners should draw strength from the Captain’s famous phrase: ‘Tomorrow Will be a Good Day’.

Once they’ve completed their challenge, runners can donate to the charity of their choice or to The Captain Tom Foundation, making sure to share their '100' on social media, using the hashtag #CaptainTom100.

The Captain Tom Foundation focuses on three areas which were particularly close to Captain Tom’s heart: combatting loneliness, championing education and equality; and supporting the NHS.