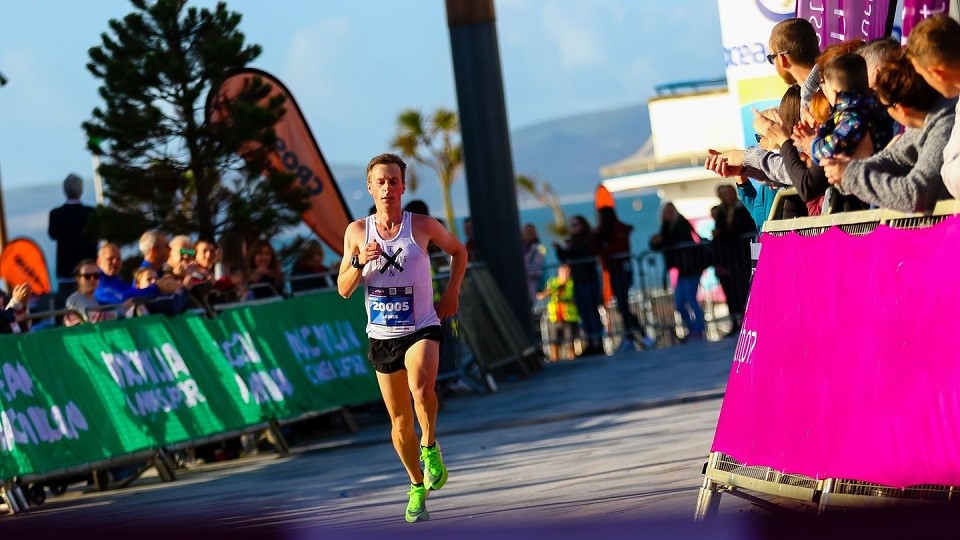 Run the boards in the unique Run Bournemouth Half

Respond to Pier pressure for running as it should be!

With two months to go before the big Bournemouth bash, we take a look at the arrangements for the 2021 Run Bournemouth weekend – 'running as it should be' according to GSi Events – on 9th/10th October.

The best news is that despite deferrals from the cancelled 2020 event there are still some numbers available in the flagship Bournemouth Half Marathon on Sunday morning – the longest event on the programme now that the Marathon has been discontinued.

Bournemouth Half Marathon starts at the spectacular Hengistbury Head, which forms the main division between the sweeping grandeur of Poole Bay and Christchurch Bay. The clifftop route affords spectacular coastal views, with the unique highlight being a run on the boards to the ends of both Boscombe Pier and Bournemouth Pier, before a final sprint to the finish line.

Since Run Bournemouth launched in 2013 an astonishing £6million has been raised for hundreds of good causes and 6,000kg of medals have been awarded! And for those of us suffering from mild 'pandemic paunch', an estimated 37.5 million calories has been burned by competitors – not including the hard-working event staff and volunteers.

The full Bournemouth weekend programme includes junior races from the Kids Kilometre for accompanied 3 to 6-year-olds to the junior 1.5K and 2K races – all safely routed through Bournemouth Promenade and Lower Gardens near the Run Bournemouth Hub.

Saturday afternoon and evening sees two 5K races taking place. Supersonic 5K in the early afternoon is on a flat, fast Promenade course and Supernova 5K starts at dusk, takes in Bournemouth Pier and has an emphasis on the light around the beautiful coastal route.

Sunday morning is all about the double-header of Supersonic 10K and Bournemouth Half Marathon. The 2019 winners of the Half Marathon were James Hoad (Thames Hare & Hounds, 1:09:45) – pictured above – and Alexa King (Hart Runners, 1:21:34). There were 3,768 finishers.

If you would like to experience 'running as it should be' on the scenic Dorset coast, head over to the Run Bournemouth website for full details and the entry portal