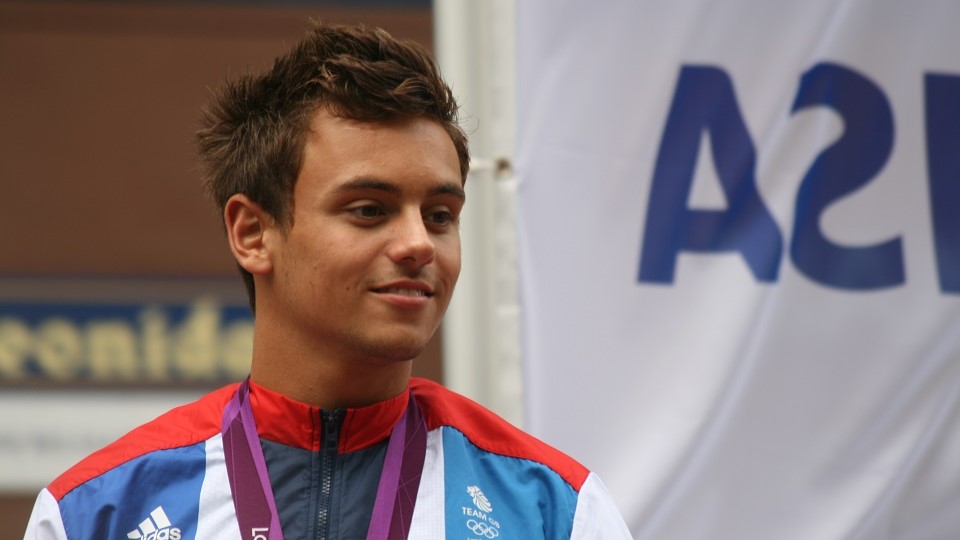 He's no knit wit! Tokyo Olympics diving gold and bronze medallist Tom Daley went out for a 'gentle recovery run' and was feeling surprisingly good so decided to attack his 5K training PB. The result was his first ever sub-20-minute run (19:51) and confirmation that Olympic athletes in all sorts of disciplines are incredibly fit and competitive.

The 27-year-old was born in Plymouth, Devon and first represented GB in the Olympics at Beijing in 2008, aged just 14, finishing seventh in the 10m platform final on his Olympic debut.

He improved to bronze in the individual 10m platform at London 2012 and also took bronze at Tokyo 2020 in the individual event earlier this month, but the tears of joy and relief that trickled slowly into his face mask on the podium after winning gold with diving partner Matty Lee earlier in the synchro competition was one of the iconic moments of these delayed Games.

Daley now lives in Southwark in a converted triplex apartment in a former hop-processing plant with his Oscar-winning film maker husband Dustin Lance Black and their son Robbie, with a hot tub on the roof terrace – so he's never far away from a muscle-relaxing spa bath!

His home is handy for the River Thames path, an ideal venue for a brisk run. And it was beside the river that he decided to push on recently to record that impressive time, averaging 3:58 per kilometre, which he later shared with his 3.4 million Instagram followers.

As for the knitting, the result of his stress-busting labours in Tokyo was a Team GB Olympic-themed cardigan, which has since been auctioned to raise more than £20,000 for The Brain Tumour Charity. Daley lost his beloved father, Robert, to brain cancer in 2011.

Following his 5K best on his return from Tokyo, we hear that Daley is lobbying for the late inclusion of the Modern Triathlon (knitting, diving, running) for Paris 2024!

You can view Tom Daley and Matty Lee's 'We Are Olympic Champions' video here: