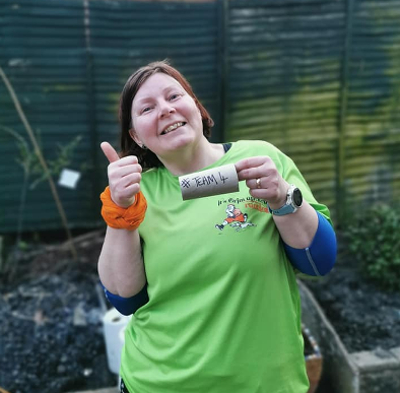 Monday 23 March was Day 1 of the first virtual relay organised by Its Grim Up North Running (IGUN). It had a decidedly ‘lavatorial’ theme. The humble toilet roll has a starring role in this 32 day event where the team who runs the most miles is the winner.

A traditional relay race is a non-starter due to official guidance regarding social distancing and gatherings in public of more than two people from different households is forbidden. However, desperate times such as these calls for creative thinking and IGUN have done just that with the launch of their Virtual Relay. This gives runners a goal to aim for now that races have been cancelled or postponed until later this year or into 2021.

Runners have been allocated into four teams whose target is to run as many miles as possible in 32 days. Each participant is assigned a number so person 1, person 2, person 3 etc. The first team member runs as much or as little as they want then texts the organisers with their name, number, distance and time. The organisers then send a text to the next person in the team which says “so-and-so has passed you the baton” and they reply saying: “I’m ready”. And so on.

In keeping with the current situation, teams have opted for a toilet roll baton or ‘bog roll baton’ though these are rarer than hen’s teeth at the moment. Photos of team members and their toilet roll batons have already begun to appear on the Its Grim Up North Chat Facebook page.

Note: this is subject to the ongoing crisis: if the UK moves to a full lockdown this event will be suspended before being restarted at a later date.