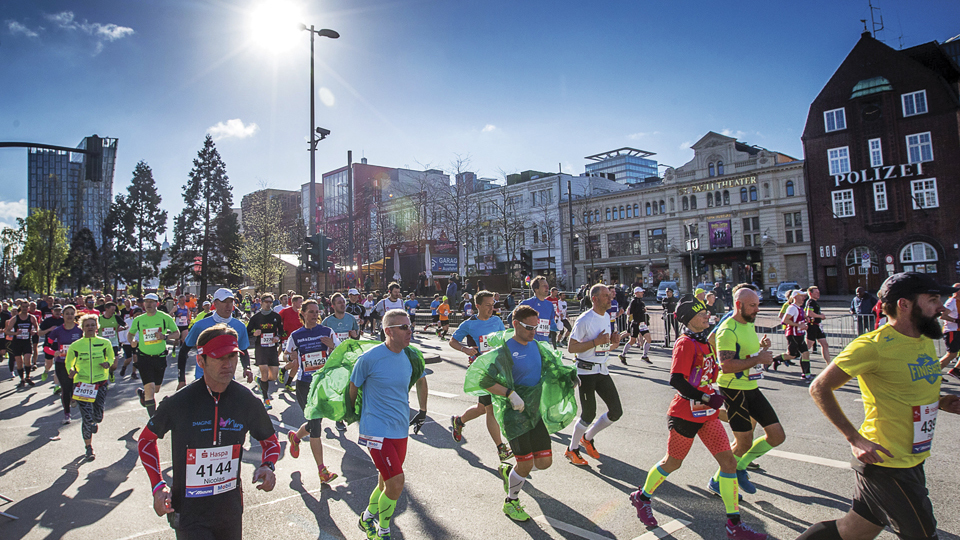 ‘Well-organised’ and ‘efficient’ may be terms more commonly associated with Germany’s football team, but they apply equally to the country’s running events. We look at the best races our German neighbours have to offer…

On 30 September 1990, three days before German reunification, 25,000 people ran through Berlin’s Brandenburg Gate, many with tears streaming down their face. This wasn’t a political statement though; it was the finish line of Berlin Marathon. The race was being held for the first time since the fall of the Berlin Wall, and in doing so announced itself as one of the world’s most exciting running events.

“The story of Berlin Marathon is a story of the development of road running,” say its organisers. From modest beginnings in 1974, with 286 runners, Berlin Marathon now regularly attracts over 40,000 participants. The course passes many historic landmarks such as the Reichstag, Potsdamer Platz, Berliner Dom and the iconic Brandenburg Gate. With numerous marathon world records being set in the German capital since 1998, the race’s PB potential is obvious.

The marathon isn’t the only show in town, however. Berlin Half Marathon in April offers the slightly more manageable distance in the same surroundings and, crucially, with the same pancake flat roads.

Germany’s biggest marathon after Berlin is Frankfurt Marathon in October. Entrants can look forward to getting the ‘red carpet treatment’ as the last few metres are run on a specially-laid red carpet.

Runners start from the city centre, going past its Manhattan-esque skyline, onto the district of Sachsenhausen and the residential district of Hochst. The only notable ascent is at the bridge over the River Main towards the Trade Fair Tower, before heading on to the red-carpet finish in Festhalle.

From the second biggest marathon to the second biggest city, Hamburg Marathon is one of Germany’s biggest springtime marathons, held in March. The course starts and finishes at the Hamburg Congress Centre, passing through some of the most interesting and scenic areas of the city.

Highlights include a ‘sinful mile’ through the Reeperbahn, running alongside the River Elbe and going round the Aussenalster Lake. After the race, you can refuel at the finishers’ buffet, where there is fruit, chocolate, mini pretzels and, as it’s Germany, beer! Of the non-alcoholic variety, mind you.

King of the castle

Away from the cities, there are many running events showcasing the country’s breathtaking countryside. Bavaria’s Konigsschlosser Romantik Marathon (King’s Castle Romantic Marathon) is one such race. Participants traverse Hopfer Forest, going around Lake Hopfensee, across the floodplain of the river Lech, along the banks of Lake Forggensee, and past the royal castles of Hohenschwangau and Neuschwanstein.

Neuschwanstein Castle may look surprisingly familiar to many British runners. The 19th century Romanesque Revival palace was featured in several films, including Chitty Chitty Bang Bang and The Great Escape as well as serving as inspiration for the castle in Disney’s Sleeping Beauty. On that note, we hope reading this will serve as inspiration for you to go and sample running in Germany.