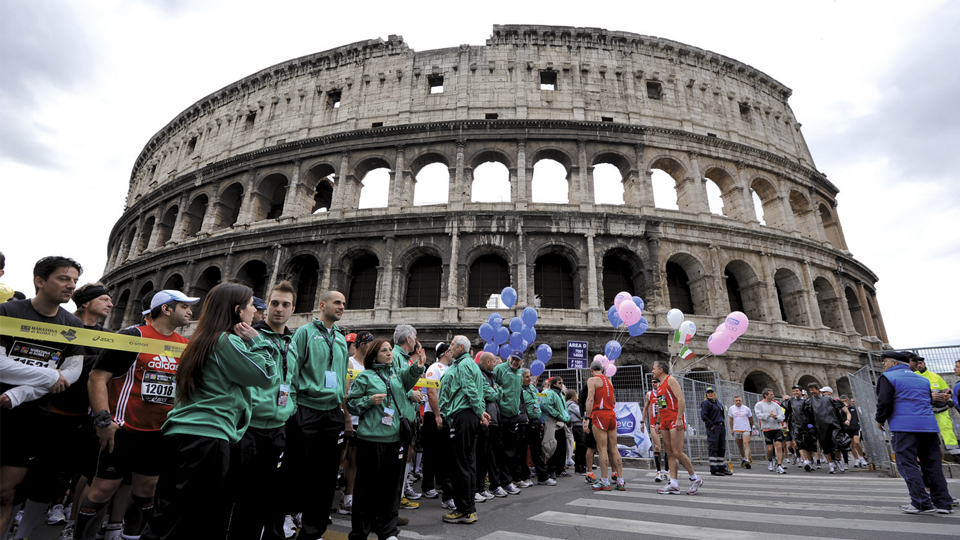 With the enviable claim of having more UNESCO World Heritage Sites than any other country, it isn’t an understatement to say Italy has an embarrassment of cultural riches. Its running events, therefore, tend to feature backdrops other places can only dream of. We look at the best races on offer.

To Rome with love

Nowhere exemplifies this rich history more than the Italian capital Rome. The city has played host to a marathon since 1982. As it’s held in spring, the marathon has the twin advantage of mild temperatures and of being outside peak tourist season. The race starts in the shadow of the Roman Colosseum. From there, runners get to drink in the city’s sights (in a manner of speaking), going past Saint Peter’s Basilica, the Trevi Fountain, Piazza Navona, and the Spanish Steps.

Tuscany’s Chianti region is perhaps best known for producing red wine but the town of Chianti is also home to a marathon. The course is on roads and easy paths, featuring gentle and fast slopes through the silvery semi-desert landscape of Crete Senes. Runners will pass olive groves, beautiful small farms, villas, castles and, of course, vineyards.

If you’re a romantic, Verona is the obvious place to go. And the Romeo & Juliet Half Marathon is the natural event to enter. The City of Love’s annual race takes place in February and regularly boasts close to 10,000 star-crossed runners taking part.

Participants finish in front of the Arena in Piazza Bra, just 10 minutes away from what is rumoured to be Juliet’s balcony. “Where art thou race medal?” participants have been rumoured to ask…

Be on your Garda

Nearby Verona is Lake Garda – the largest lake in Italy. Lake Garda Marathon takes place almost entirely along the Lake Garda lakefront. Although the region is renowned for being mountainous; the route is relatively flat, hugging the banks of the lake. The race starts in the village of Limone sur Garda on the west of the lake and finishes on the other side at the village of Malcesine. Verona is worth a visit as is Trento with its old town and castle Buonconsiglio.

Another event showcasing the lake is the Garda Trentino Half Marathon in November. The route allows you to run along the banks overlooking the crystalline lake on a mild November morning. The course takes runners past the traditional and historical centre of Arco, along the Sarca River, down to the beach and from there up to the finish line in Garibaldi Square.

The Marathon of Venice

Venice may conjure up images of relaxing on a gondola as you explore its canals, but experiencing the city through running is equally engrossing. Venice Marathon in October is an ideal way to do this. The race offers one of the flattest courses in Italy, starting in Stra, a small country town about 25km west of Venice. As well as being flat, the race has relatively few cobblestones and the mild October temperatures are conducive to
fast times.

Samuel Johnson once said: “A man who has not been in Italy, is always conscious of an inferiority, from his not having seen what it is expected a man should see.” Substitute ‘runner’ for ‘man’ and we tend to agree…