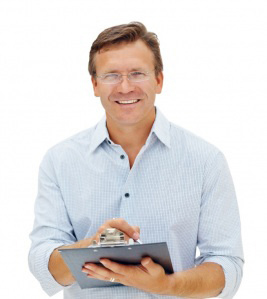 Most running blogs come from the perspective of a runner – runABC’s runTalk is no exception (writes Chris Broadbent). But for one week only, I have decided to step out of the trainers of my fellow runners and slip into the slightly less sweaty shoes of the race organiser.

I met with a race organising company this week and it was really interesting to hear of their perspective in relation to the running scene this year. For them it is not just a hobby, it’s a business too. Though that shouldn’t undermine their commitment to running and their pain when things do go wrong.

The double snowfall of March put paid to several events this year and it has caused a huge administrative headache for race organisers. The office I was in took the decision to cancel their event and offer a full refund.

Yet, the process is not quite as simple as you might imagine. Before they can process refunds, they need to go through their own insurance claims. Without the race entry fee, the financial burden of medals, road closures, barriers, security is enough to take any race organiser out of business.

Their refunds have been delayed and they have been hammered by runners emailing them and accusing them of hanging in to their money to make a profit and other groundless accusations.

Pretty dispiriting, particularly when you consider not all races cancelled during March offered a refund. Plenty did. But there were some that simply offered transfers to events organised by the same company, deferred entry for the following year or - in one notable case - sportswear vouchers for a chain who also own the rights to the race.

Of course, there are different reasons for each race organiser’s approaches. For some charity events, the cancellation robbed them of their biggest annual fundraiser and full refunds would mean the charity would suffer. Other private companies organising events took a more commercial approach when refusing outright refunds.

It left me thinking in more sympathetic terms towards companies organising races who are offering full refunds. As runners, surely they deserve our support? Sure, they are in it to make a living. But most are being fair, wading through the administration and processing full refunds making a loss.

I should also point out that most race organisers – indeed most sporting event organisations - are often a lot smaller than runners imagine with a poky office and a couple of staff members. Yet, we live in a country with a varied and rich running scene with quality events taking place across the country most weekends.

So, think twice about that grumpy email or tweet in the future. Often the person on the receiving end is hard working, making great events happen and – by and large – doing what’s right.