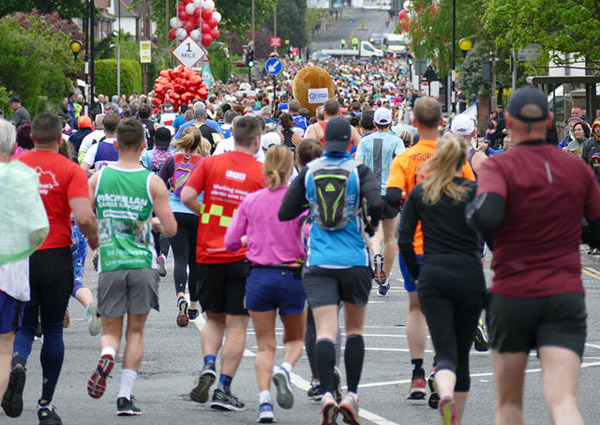 The Scottish running events calendar was dealt a double blow yesterday with First Minister Nicola Sturgeon's warning that the Scottish Government is ready to call for the "cancellation of mass gatherings" of more than 500 people from next week and the postponement (until November) of the Supernova Run scheduled for the Kelpies next weekend.

These announcements in response to the coronavirus crisis come on top of the cancellations or postponements of Tokyo, Rome, Paris and Vienna marathons (and Boston overnight) plus the loss of top half marathons in Berlin, Prague, Lisbon and New York. Now all runners with entries at big forthcoming spring races are waiting anxiously to see how events unfold.

A strict interpretation of a Scottish Government '500' rule would mean that Kilomathon, Alloa Half Marathon and Round The Houses 10K would have to postpone/cancel while the Tom Scott, Archerfield 10K and Angus HAM could go ahead. However two smaller events – Gartmorn 6 and Criffel Hill Race – have already made the decision to look for a date later in the year.

Earlier this week a top Scottish event was cancelled – the Highland Fling, the popular spring ultra, won't be taking place in 2020. And it's interesting to look at the reasons for the cancellation.

Organisers have said: "The Highland Fling is entirely dependent on volunteers and with the current spread of the virus we cannot be sure that we will have enough marshals and medical personnel to run the event to our usual high standards of safety. If several of our key people - doctors, medical team, rescue boat crew, checkpoint bosses, finishline crew - were suddenly required to self-isolate on the Friday evening, we would be forced to cancel the event at very short notice."

The Fling team were also concerned about occasions across the event where large numbers of people would be confined in small spaces, and about limited access to supplies of antibacterial hand gels and similar items. There was also the situation where the organisers would be able to refund as large a percentage of fees as possible before further expenditure commitments.

Entrants reaction, while disappointed about the cancellation after months of training, has been supportive of the decision. They have backed the clear early call and appreciated the decision's rationale and the minimising of the financial fallout.

As a non-commercial event the Highland Fling had the flexibility to make the postponement decision without serious financial implications, other race organisers face difficult calls with most looking to government agencies and official bodies to provide direction.

Edinburgh and Brighton are among a number of events that have a thrown a lifeline to runners signed up for the 2020 marathon casualties with offers of places. However in a fast moving situation what events actually go ahead is a matter of intense speculation.

London Marathon organisers remain terse while Manchester already has a Plan B in place. One north of England race organiser told runABC Scotland that "entries had fallen off a cliff" for her May event while another reported the lack of the usual late surge for a big race on Sunday.

One positve note is the current position of parkrun: "Where we take the decision to keep events open, we do so in the belief that in the absence of other restrictions such as closed schools and other public facilities, parkrun events present a level of risk of infection that is not significantly greater than going about regular daily life."

Meanwhile elbow bumps, heavy tissue use, hand sanitiser dispensers and quick conversations - not to mention self-quarantine when required – are the order of the day as runners try to make sense of the Great Coronavirus of 2020.