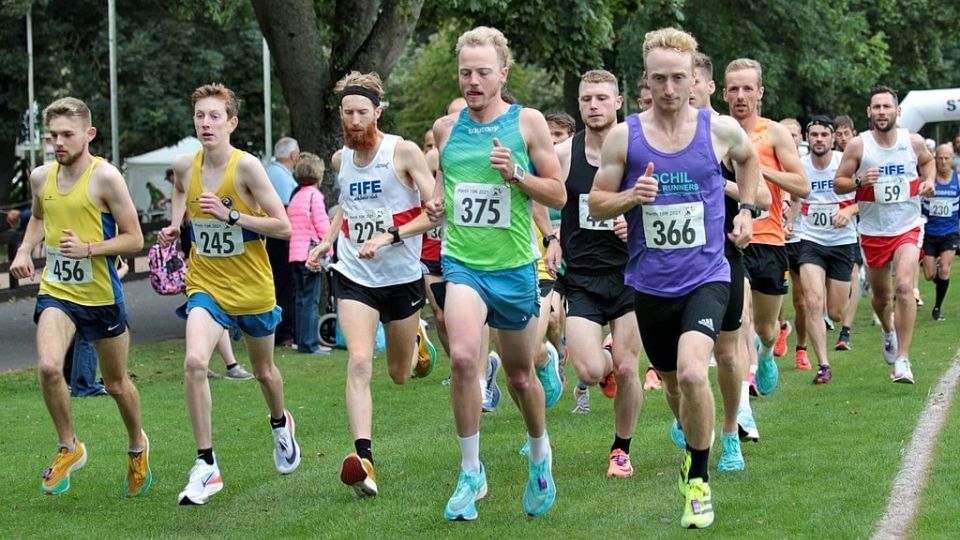 Good times from first to last at Perth 10K

Just over 350 runners of all abilities earned their wooden medals for completing Sunday’s ‘flat and fast’ Perth 10K.

The North Inch- based event has long been promoted by organiser Steven Bonthrone as means to make running accessible, as well as to ‘inspire and encourage the people of Perthshire and beyond to live a healthy life’.

Commenting after the event on social media, Bonthrone wrote: “It was so nice to be back with an in-person event and it was really good to see everyone again.”

Reflecting on his role as organiser and his ambitions for the event, he added: “It’s 10 years since I took over as race organiser with very little clue about organising a race apart from what I had learned as a runner taking part in them and started with one principle – first or last, it’s the same finish line.

“I wanted the race to be about the person who was last to cross the finish line as much as the first person as they work just as hard.”

There’s no doubt that Bonthrone has achieved his goal in creating an inclusive event.

Ken Hart, the last person over the line this year, added to Bonthrone’s comments, thanking him and his team for organising the event, and giving ‘special mention’ to ‘Ken the tailrunner who helped keep [him] going’.

Many of the first-time runners who ran on Sunday also took to social media to share their thoughts. One wrote how much they ‘appreciated the effort to put the race on today’, and that their ‘first but not last visit’ was ‘very daunting, but a great experience’. Others commented on the excellent organisation, encouraging marshalls and ‘fantastic’ atmosphere – and vowed to be back next year.

Full results for the 2021 Perth 10K are available from runABC Scotland.