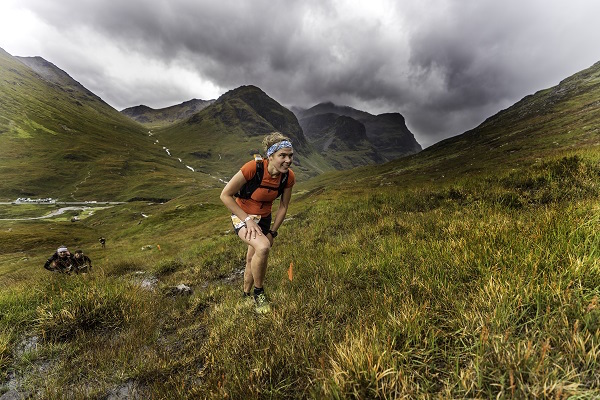 Organisers of the Fort William Mountain Festival have moved their Running Night (Friday, 22 February), featuring record-breaking ultrarunners Jasmin Paris and Nicky Spinks, to a bigger venue to cope with demand for tickets.

A spokesperson from the Festival told runABC Scotland online: "Last month Jasmin Paris, 35, a vet and ultrarunner from Midlothian, smashed the 268-mile Montane Spine Race, a route that traverses the full Pennine Way from Derbyshire to the Scottish Borders, in just 83 hours, 12 minutes and 23 seconds.

“Jasmin beat the existing record by a blistering 12 hours and was the first woman to win the race outright. All this and Jasmin had to juggle breastfeeding her 14-month old daughter throughout the race!

"Ever since Jasmin's incredible achievement we’ve been inundated with requests from running enthusiasts desperate to get their hands on a ticket to hear her speak. In order to cope with the demand, we’ve moved the event to the bigger 400-seat Main Theatre.”

During her time at the Festival, Paris will share her love of the mountains, and address the challenges of staying fit whilst juggling caring for a young baby and working full time as a veterinary scientist. She will also share tales from all her many extreme challenges, including how she stays fit and trains for them.

Paris, a national fell running champion and Bob Graham Round and Ramsay Round record holder, will be joined at the Festival by fellow endurance runner Nicky Spinks.

Spinks, 51 and a cancer survivor, was the first person ever to complete a Double Bob Graham Round – running 116 miles and summiting 48 peaks in the Scottish mountains with a total ascent of 28,500ft – in a time of 55 hours and 56 minutes.

The pair will be introduced and the evening hosted by local trail running guide, Keri Wallace of Girls on Hills.