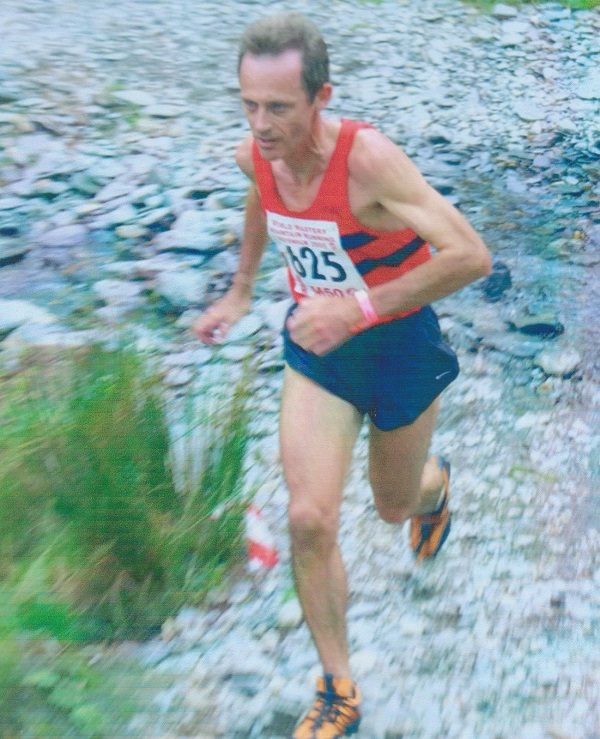 Nigel Gates: putting the Master into athletics since 1964

runABC South reporter Alan Newman caught up with the former Masters world record holder, with whom he shares a year of birth, a degree of longevity and little else in terms of talent!

The Gates story begins in 1964 in his birthplace, Bath, with a record breaking victory in his school cross country and continues with an individual silver and team gold in the British and Irish Masters International cross country in Swansea in November 2018 – almost 60 years since first showing athletic talent while following Beagling hunts in the Wiltshire countryside!

A great supporter of parkruns, Gates opened his account for 2019 with his fastest time (18:22) for three years at Weymouth. Nigel was happy to answer a few questions and perhaps reveal a few of the secrets of his phenomenal success over such a remarkable span.

Can you summarise what keeps you so motivated after such a long running career?

For me running is powerful! To say I simply love it does not do justice to the exhilaration I feel when I run. It has also been and still is my personal means of self-expression and self-development.

Tell us more about your childhood sports background.

I was seven when I started chasing the hounds in Beagling packs. At the time I did not spare a thought for the hares. I just enjoyed the thrill of running in a new, unknown area of Wiltshire countryside every winter Saturday afternoon. Later, at secondary school, I was uncatchable playing for the rugby team, until everyone else got bigger. I biked to school and played football every break-time. I also turned down stage school after some considerable acting successes. I somehow managed to fit in passing my O and A levels, despite all this activity.

Were you handed down any sporting genes from your parents?

My parents were very talented amateur dramatists but they loved sport and athletics in particular. My mother used to walk home from school with Roger Bannister’s sister and occasionally Roger himself.

Yes, in a way. Aged 11, I had total determination, without any basis, that I was going to win the school cross country race. I broke Bannister’s course record and got a nice write up in the Bath Evening Chronicle. I didn’t run for my County, though, until I decided to start training aged 16. Progress was rapid and I was third in the English Schools Cross Country and 1500m within two years.

It would be interesting and possibly unique to know which of your many successes was your favourite from each decade.

When I was 22, I ran for Westbury in the 1976 Midland Road Relay. I set off on leg 2, well down the field and tore through the pack. I had broken Brendan Foster’s National Road Relay record. I thought I could be the next Brendan but the more seriously I trained the closer to breakdown I got. I’m proud of my achievements, though, as British distance running was packed with talent then.

In 1982 I returned from living in Switzerland to set up my own health club. I brought with me the confidence and relaxation I had gained from mountain running and won the first Bath Half in 63:01. I continued running in my 30s because I still loved everything running does for you and I was still travelling and achieving through running.

After turning 40, I went on to win 20 World Masters titles and set three world age-group records. I think my best run in my 40s was clocking 8:27.7 for 3000m at 45. We had a family holiday in Minorca before, so I just took myself off for 30 minutes every day to zoom up and down the sand dunes. The time stood as a world record for quite a few years.

At 53, I thought I could defend my World Masters Mountain over-50 title in Switzerland until about 10 minutes from the end when I fell apart. I had to analyse my training to work out what went wrong. I was delighted to win the race the next year in Austria with a powerful finish.

There must be more to your continued success than just a love of running?

I feel running should enhance, not limit your life. I have run best when I have been working in something I enjoy and my best results have come since my family became my top priority. I am a very competitive person, who loves to set goals, but separate to that is the pure enjoyment of running I feel. To do it in a natural setting is fantastic for my soul. This is why I have enjoyed training in the Alps so much.

I have tried to eat healthily since I was 20 and only take medication as a very last resort. I enjoy a drink or a treat as much as anyone, though. I run off-road at least 90% of the time and I buy a new pair of shoes before the old ones are finished. That way I can rotate my shoes effectively and spend less in the long run. My garage looks like a shoe museum!

What about your current employment and training/racing plans?

I’ve worked in Special Needs Education for a number of years but I am feeling the pull of running in the mountains again. With that in mind, I have set up a running holiday camp in Switzerland in August 2019 and would love to share the experience with a group of runners. My goals for the future are to be running in beautiful countryside and I would like to run faster than last year in the 3k to 10k range, but the first goal is more important than the second.

Finally, looking ahead, what will the 70-year-old Nigel Gates be doing?

I will run for as long as possible. I really appreciate still feeling fit and bouncy, whatever it does for my longevity. I am hard wired to do my best though, so I hope I will be competing in my age group and also trying to improve my best parkrun age-grading.