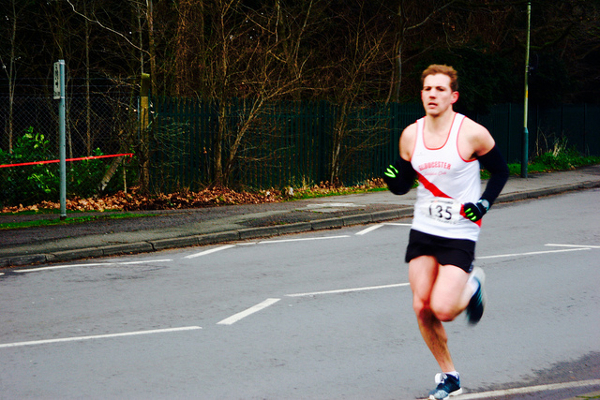 Steve Kenyon continued his impressive form on the road with a win at the 25th annual Linda Franks 5 on (Sunday 20 January) and he posted his best time at this distance into the bargain.

The Gloucester AC man finished 2018 on a high after an outstanding road racing season that included wins at the Angels Annual 10K, Newent 9.5K and Tewkesbury Half Marathon. In addition to this were third places at the Filton Flyer Fast 5K and Gloucester 10K and fourth place at the Shelton Striders 10K. Those performances plus a string of fast finishes at Gloucester City parkrun have led to a growing reputation within the local running community.

Steve continued his impressive streak into 2019 by winning the 25th anniversary Linda Franks 5 race in 27:03. Joe Willgoss of Cheltenham & County Harriers was second in 27:47 with only 10 seconds separating him from teammate Mark James who finished third in 27:57.

Rachel Felton of Shaftesbury Barnet Harriers retained her women’s title in style. She crossed the line in 28:10, beating her 2018 time of 28:49 and was fourth overall. Rachel finished over two minutes ahead of Tracy Hinxman of Gloucester AC who was second in 30:20 followed by Helena Youde of Almost Athletes in 31:02.

There were 241 finishers at this popular annual event that for the first time, included wheelchair athletes. Organised by Almost Athletes it started at 9am (8:55am for Wheelchairs) and runners completed two anti-clockwise loops, in-between a short ‘out’ and short ‘back section. There was a special anniversary medal for every finisher and spot prizes for a lucky few followed by post-race cakes to replace the calories.