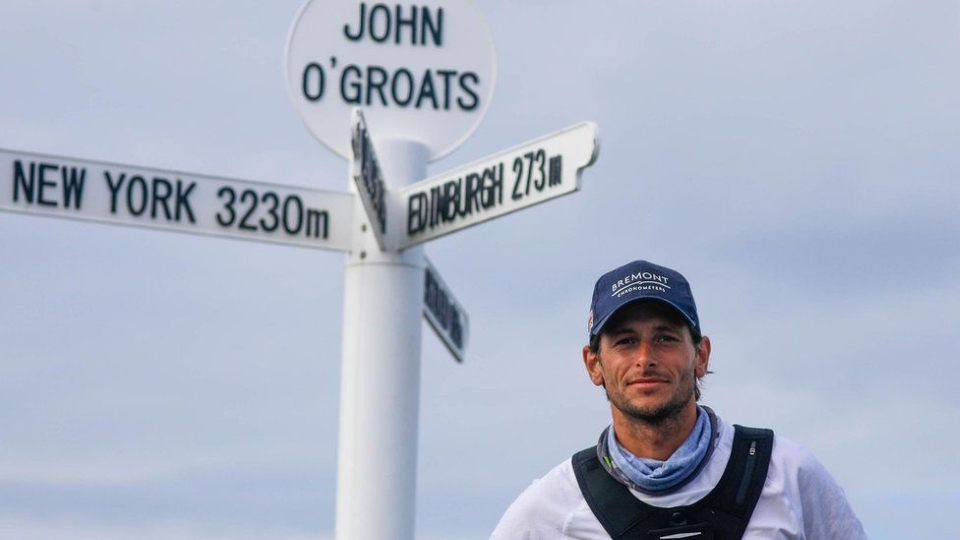 Extreme endurance runner, Nick Butter, has just completed 200 marathons in 128 days to become the fastest human to run the entire coastline of Great Britain. The route measured 5,255 miles and the run finished at the Eden Project, Cornwall.

Ever the perfectionist, he was disappointed with not being able to complete the challenge within the planned 100 days, due to delays caused by injuries in the early stages when he was reduced to a mere marathon a day.

Nick Butter, from Bristol, is an experienced ultra-endurance athlete, adventurer, speaker, and author who holds multiple world records – including being the first and only person to have run a marathon in every country in the world – within 674 days! This 8,000K challenge gave rise to his best-selling book: Running the World.

The Run Britain adventure concluded at 4:00pm on Monday (22 August) after horrific injuries that would have caused anyone else to quit. The full details will be chronicled in a future book but they include broken bones, countless blisters, torn achilles, pulled hamstrings, and knee cartilage damage – not to mention some awful weather conditions and all the mental barriers that had to be overcome.

Some of the stats emerging are eye-watering. Nick took more than 12 million steps; went through 14 pairs of trainers; spent 1,400 hours running with 1,560 support runners en route. At the finish, his body weight was 58.5kg and his body fat was measured at 3%! He only took seven showers and a decent soak is high on the priority list, as he told his blog followers:

"Runners, family, friends, sponsors, donors, supporters, fans, followers, I OWE YOU! Thank you so much! You got me there! There's a great deal more to say and many, many more thank yous, but for now, I'm putting my phone down, taking my trainers off, having a shower, and sleeping! Maybe a little jog tomorrow though..."

Nick was raising funds and awareness for his own 196 Foundation charity which aims to provide aid "to every corner of the world".

Catch up with Nick Butter's adventures at his website here