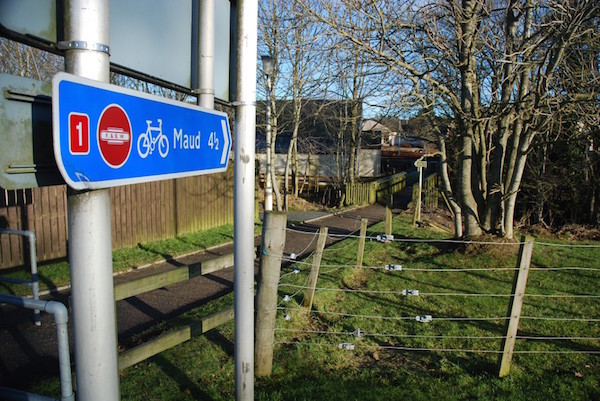 Plenty of time to ‘train’ for new North-East Ultra

Tay & Ram Running Events have just announced the launch of a new long-distance race for the North-East, The Formartine & Buchan Railway 12 Hour Ultra.

The event will be held on Saturday, 2 May on what used to be the Formartine & Buchan Railway line, now a popular long-distance path.

Tay & Ram’s Kevin Mottram told runABC Scotland online: “We got the idea for the event when Gavin [Taylor] and I were going to ultras. We always discussed on the journeys down that there weren’t many ultras in the North-East and that it would be a good idea to hold something.

“As both Gavin and I use the railway line for a lot of our low-level training, it made sense to use the line for the event.”

In terms of format, Mottram explained that the pair wanted to keep things simple, but also move away from a point-to-point or an out-and-back. It was particularly important to them both to distinguish their new event from other local long-distance races, like the D33 – which, incidentally, also runs along another former railway line, the Deeside Way.

Mottram said: “We decided on the 4.5 miles out and back from Maud Station to Auchnagatt Village Hall as it’s a very flat safe route where faster runners could clock up a fair distance. We think it’s possible for runners to clock 80 plus miles in the 12 hours of the race.

“It’s also an easy and safe route to encourage newbies to running longer distances to give it a try. All runners who complete over 26.3 miles in the 12 hours will qualify for a medal and a goody bag.”

As the event is classified as an ultra and licenced under scottishathletics rules, the Formartine & Buchan Railway 12 Hour Ultra will only be open to runners over the age of 20. Having completed a marathon is preferred, but not a requirement to take part. Runners are also advised to have a support crew in place for the day, and detailed information about what that entails is provided on the event's website.