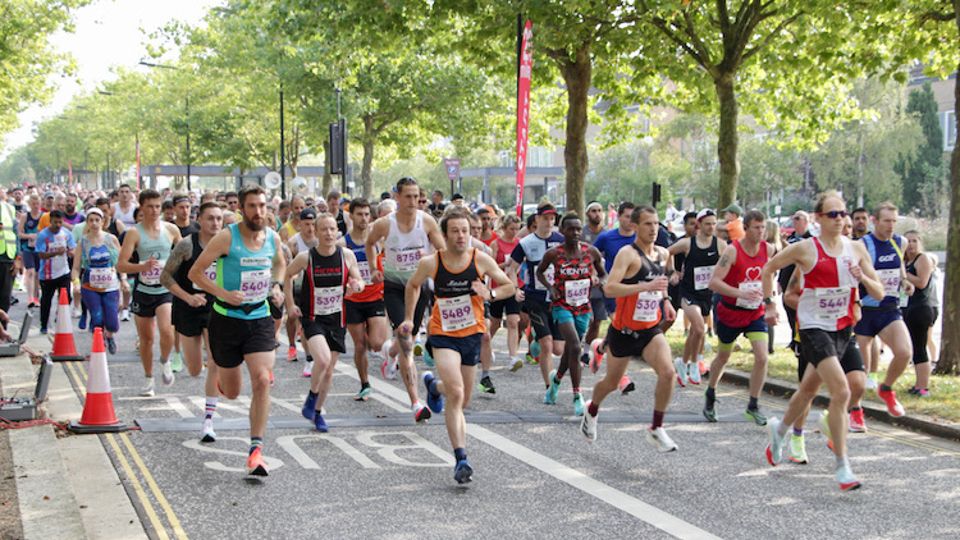 In hot pursuit at the MK Festival of Running

Runners soaked up the atmosphere and the sun at this successful event.

There were good turnouts in all four races at the MK Festival of Running (Sunday 5 September) as participants completed their chosen distances in sweltering conditions. The water stations more than earned their keep...

Early morning mist soon gave way to blue skies, sunshine and temperatures in the mid to late 20’s at the Milton Keynes Half Marathon & Festival of Running. There was a race for every runner whatever their preferred distance and level of experience and on a fast, well marshalled course.

The options were 5K, 10K, Half Marathon and 20 Miles, the latter very useful for any runner preparing for an autumn marathon and pacers were on hand in the Half and 20M to help them achieve their target time. All races started and finished at the Xscape Centre and were held on a mixture of roads and cycle paths and included several water stations. These worked overtime, cheerful volunteers ensuring runners had sufficient water for their hydration needs.

Max Walker won the 10K in 32:22; Kirsten Hayes of Loughborough Students AC was the winning female in 40:38.

Over in the Half Marathon, Mohammed Elbayan of Dunstable Lions RC was first across the line in 1:14:05; Katie Godof of Olney Runners AC the first female in 1:28:19.

All results from the 5K, 10K, Half Marathon and 20 Mile can be viewed at the RunABC Midlands Race Listings page.

Race Organiser John Gladwin hoped everyone enjoyed the 2021 MK Festival of Running, saying: “We are delighted that so many people turned out to what proved to be a hot but brilliant event. Racing truly was back in Milton Keynes on the weekend.”