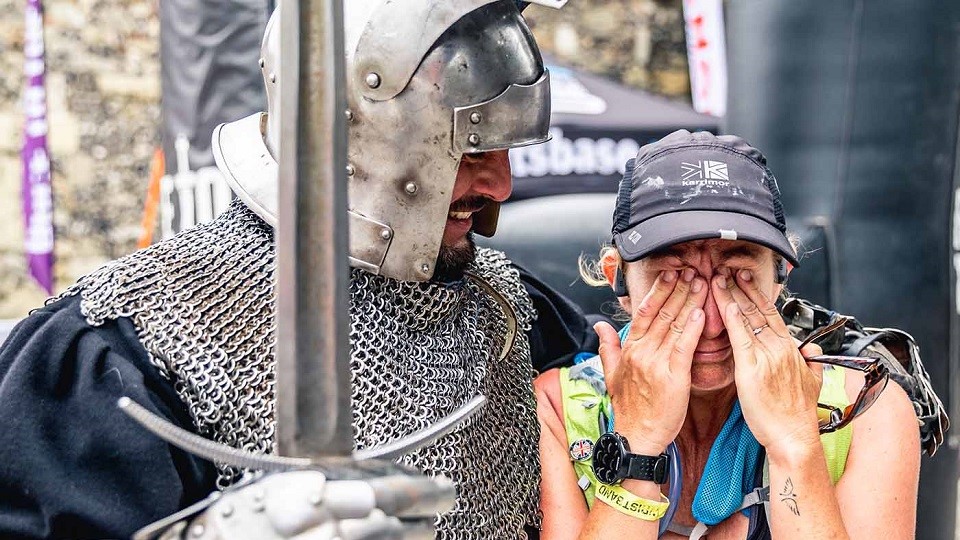 Battle royal for Race to the King honours

The quest to meet the King at Winchester was enjoyed by 1,500

This was the right royal battle for honours in the multi-award-winning Race to the King Ultra by Threshold Sports (Motto: More Is In You) held over the weekend of 19-20 June. A spacious new start at Goodwood Racecourse meant a revised course for the South Downs Way odyssey to finish on the steps of Winchester Cathedral; the burial place of the ancient Kings of England.

Panoramic views, historic landmarks, and 'interesting' weather were the hallmarks of this exciting trail run/trek that was a 'game of two halves' for the mere mortals who split the challenge by camping overnight at Compton Downs Basecamp.

Shunning those creature comforts were the 896 non-stop warriors – modern day foot soldiers with enormous reserves of stamina – who were the first to meet 'the King' at Winchester.

Making a weekend of it in the Weekender category were Gemma Sandells (8:27:30) and M40 Paul Richardson (9:04:51) having been refreshed by an overnight sojourn at Compton. There were 503 Weekenders welcomed at Winchester within 35:34:59 of starting at Goodwood.