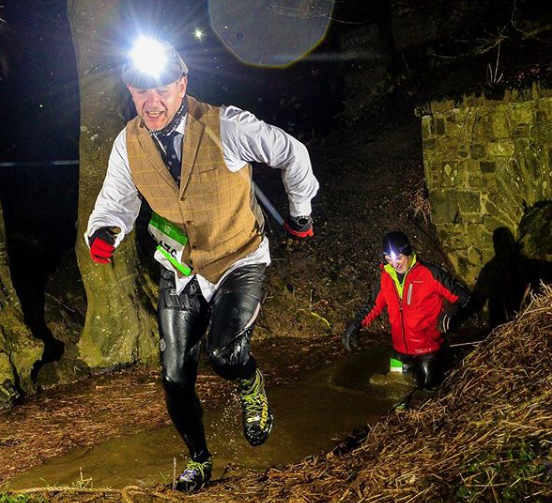 No high-fives for the Mighty Deerstalkers

While much of the running world's focus on COVID-19 has been on how it's stopping big city marathons in their tracks, its clear concern about the virus is reaching out into the hills too.

The organisers of this weekend’s Mighty Deerstalker at Traquair House – the UK’s biggest mountain adventure run – decided to proceed with their event, but with several modifications.

"Based on current government guidance and advice from their medical team", Rat Race Adventure Sports implemented procedures that will no doubt become familiar to anyone attending races in the near future.

All staff at ‘touch points’ on Saturday were instructed to wear gloves, and runners were to take their own medals to reduce opportunities for contact. Marshalls were also instructed not to give or receive high-fives or hugs, a consequence of the pandemic as regrettable for runners as the marshals themselves.

While the race itself was set to proceed as normal, with extra sanitation stations available in the event village – itself in a remote field – the now familiar order for ‘social distancing’ was to be facilitated by a larger than usual start corral.

Participants uncomfortable with attending on Saturday, even with the extra hygiene measures in place, were also given more time to defer their entry to the 2021 event for free. But perhaps the biggest change to an event known as much for its spirit of fun as the intensity of its challenge was the cancellation of the ‘Beerstalker’ afterparty in Innerleithen.

Organisers noted that "to willingly put hundreds of people in a local village hall in the centre of a town with an ageing community is not responsible given the current climate."

While many locals expressed satisfaction at the cancellation of the party, others felt that not postponing the event entirely showed a ‘lack of consideration’ for the residents of the town. They expressed their fear that just cancelling the party would only push runners – and the risk of contracting the virus – into local pubs.

After the event, many participants expressed their gratitude to the organisers for going ahead on social media. One wrote, “It was a brilliant event and the extra measures given the current situation were all well received.”

Whether this was effectively the last weekend organisers have the choice to proceed with their events and protect runners and marshals in this way – or events are banned outright – remains to be seen.