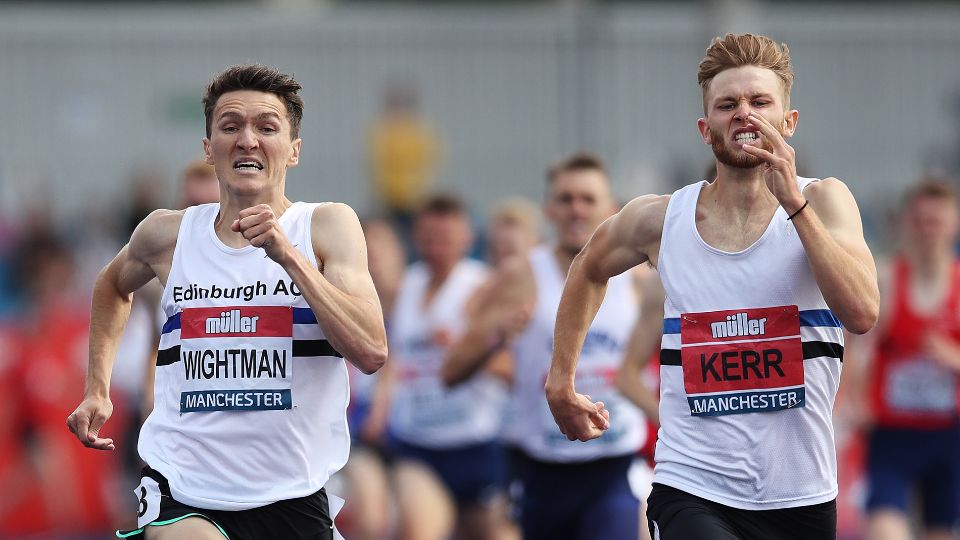 Some of Scotland’s best athletes turned in fantastic performances at the Muller British Championships in Manchester over the weekend, with many earning medals and their spots on the plane to Tokyo.

On Saturday, Josh Kerr and Jake Wightman battled it out in a thrilling mens’ 1500m final, with the Edinburgh AC pair earning the top spots on the podium – and qualification for their first Olympics.

With only five hundredths of a second between the clubmates – Kerr crossed the line in 3:40.72 and Wightman in 3:40.77 – the gold medallist told scottishathletics, ‘I love wearing the Edinburgh vest and we’ve had a few showdowns now over the years at the British Champs.

‘We just needed Chris O’Hare alongside us to make it the club champs! Jake and I battled for second in 2017 and 2019 and this time it was for top two and that’s the main thing.

‘But I am thrilled to win the British title for the first time because that’s what I came here to do and there are so many people helping me and supporting me behind all that and it makes it all worthwhile.’

Pitreavie AAC’s Nicole Yeargin, who is based in the States but whose mother is Scottish, finished second in the 400m – to clinch her spot on the plane.

A second place finish in the men’s 5000m confirmed that Central AC’s Andy Butchart will be representing Team GB and NI at Olympic level for a second time.

On Sunday, Jemma Reekie and Beth Dobbin both earned their places with silver medal finishes in the 800m and 200 respectively. Laura Muir, whose selection for the Olympics is a formality, finished third in the women’s 800m. Eilish McColgan earned her selection for the 10,000m earlier in the year and did not start the 5000m.

Reekie told scottishathletics, ‘Carrying the torch years ago my Olympic journey began. I didn’t know it would come this soon but I am so excited and I want to go to Tokyo to compete.

‘The British girls should be out there looking to medal as we are all very strong and in with a chance. We all push one another and we all deserve to be there.’

Formal selection for the Team GB&NI will be made on Tuesday, with no fewer than 11 Scots, across all track and field disciplines, set to be named by the British Olympic Association.