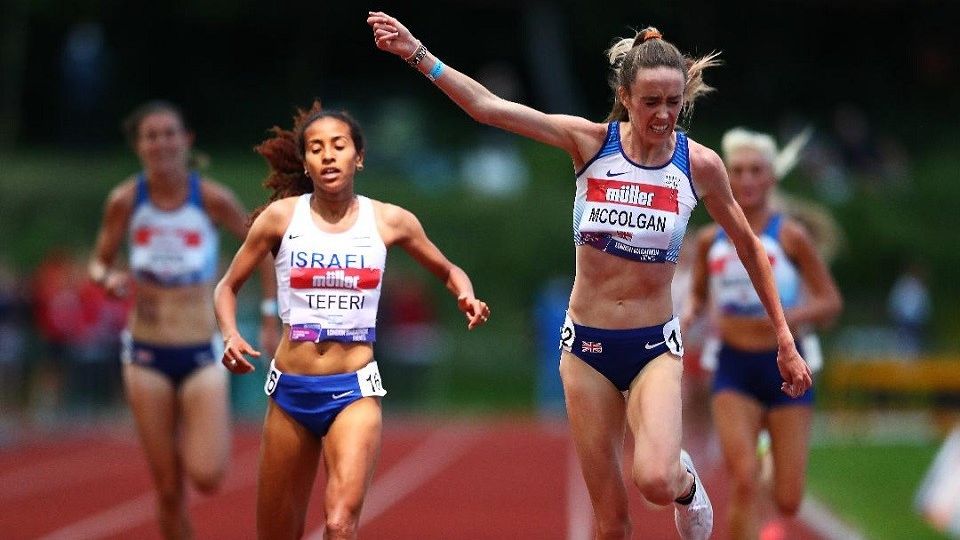 GB's women win European Cup at the Müller British Championships and Olympic Trials 10,000m but was this the last hurrah for Farah?

The women's European Cup event was the race of the night at the Müller British Championships and Olympic Trials 10,000m in Birmingham on Saturday (05 June).

In a thrilling last-lap chase, after Israel's Selamawit Teferi (31:19.35 PB) led almost every step, the long-striding Scot, Eilish McColgan (Dundee Hawkhill) found unprecedented speed to close a huge gap with a 64-second final 400m, snatching victory on the line in 31:19.21.

After the race a 'buzzing' McColgan said: “You have one opportunity to try and knit it together on the day, so I suppose there was a part of me that was like ‘don’t mess this up’. I’m absolutely buzzing.”

Credit must also go to Jess Judd (Blackburn) who was rewarded with an Olympic qualifying time (31:20:84 PB) after whittling away at Teferi's 15-second lead when it appeared a lost cause, with just 1km left to run. Verity Ockenden (Swansea, 31:43.57 PB) completed the winning GB team in the incorporated European Cup 10,000m, ahead of Italy and Poland.

There was disappointment in the men's European Cup 10,000m race as the GB team finished second behind France but ahead of Spain. As flagged in our preview Sir Mo Farah had his work cut out to even qualify for Tokyo as Morhad Amdouni (France, 27:23.29) raced to an exciting victory from Bashir Abdi (Belgium, 27:24.41) and Carlos Mayo (Spain, 27:25.00).

The top three recorded PBs and Olympic qualifying times as the battle for the British title was won by US-based Marc Scott (Cambridge & Coleridge, 27:49.94). Farah's hopes for a tilt at defending his Olympic title hang in the balance as he finished outside the qualifying time (27:28.00) in 27:50.64, hampered by an ankle injury. Emile Cairess (Leeds City, 27:53.19 PB) was delighted with his best ever race in an England Commonwealth Games qualifying standard, to claim a European Cup team silver.

If this is not to be the last hurrah for Sir Mo Farah he will have to recover swiftly and achieve the time in one of the few 10,000m races available or he needs to implement an urgent plan B, such as taking up his open invitation to race 5000m at the Müller British Championships and Olympic Trials on 26 June – what a dilemma!

Farah was philosophical with his post-race analysis: “It is what it is. The last 10 days haven’t been great but no matter what I’ve achieved in my career it was important that I come to the trials. It would have been easy not to show but I did show and I dug in deep. With 15 laps to go, I was hurting hard. I just had to keep fighting, keep digging in, and finish in the top two.”