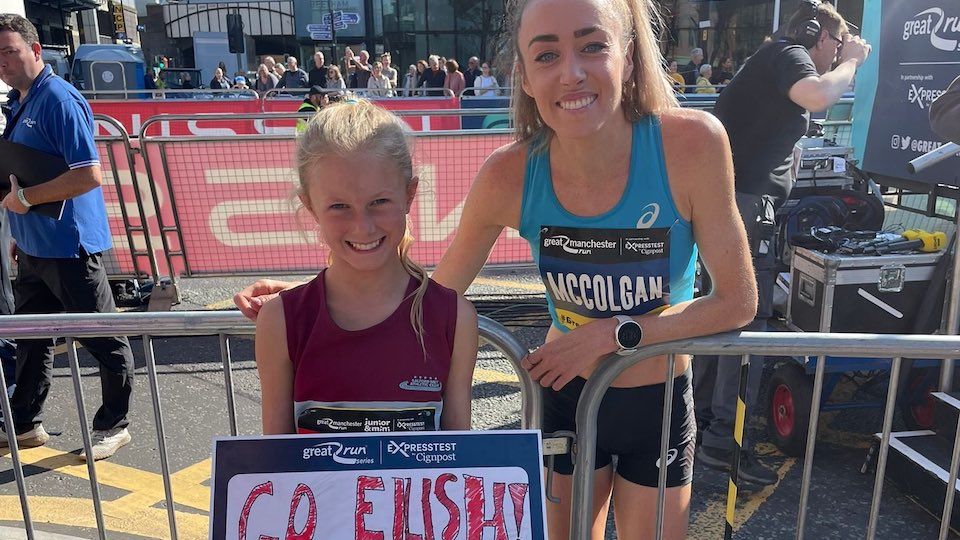 Great win for McColgan at Great Run 10K in Manchester

Eilish McColgan continued her streak of brilliant performances at the Great Manchester Run 10K at the weekend – with a PB-setting win that nudged her further up the all-time list for the distance.

McColgan made her mark on the race from the outset, burning her way through the first 5K in just a second over 15 minutes.

The Dundee Hawkhill Harrier told scottishathletics, “I probably set off a little bit too hard. I found it exceptionally tough but I’ve run a personal best. I can’t ask for much more really.”

Her run of 1.17.48 might not have given her the win on the Tyne, but it was still the third fastest recorded by a British woman. As with the 10K, only Paula Radcliffe and Liz McColgan have run faster over that distance on the road.

Speaking after the Great North Run, McColgan said, “I can’t ask for any more than that from today. I wanted to be competitive and I’m quite proud of myself of not mentally giving in.”

Whether the younger McColgan gets on well enough with the longer distance to equal her mother’s tally of three wins at the Newcastle event remains to be seen.

But whatever she decides about her distance road running future, McColgan’s mastery of the track is not in doubt. At the start of the month the British 5,000m record holder clocked 14.31.26 for the same distance at the Diamond League meet in Brussels, a run which earned her third place in the all-time list for the distance, behind her own British record and Paula Radcliffe’s previous mark.