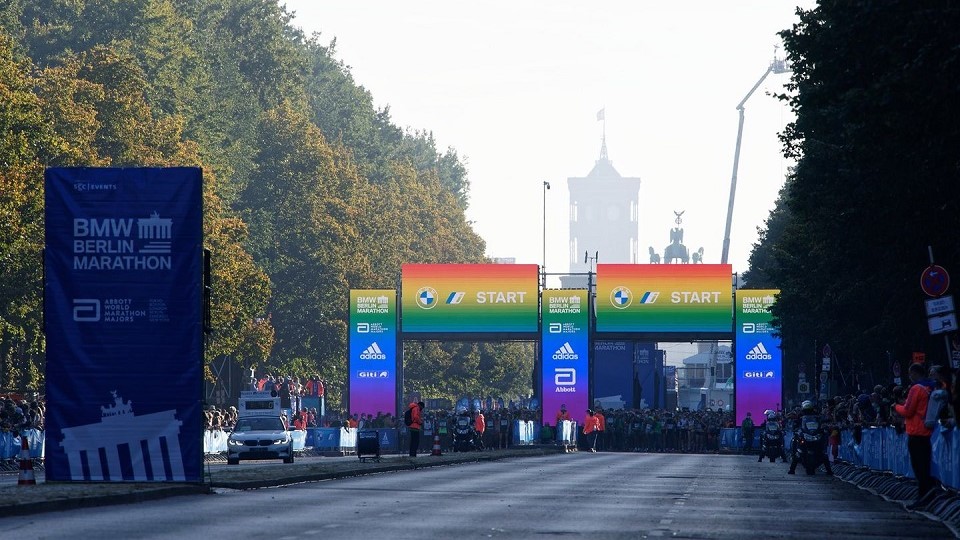 Elite pay the price for suicidal pace in Berlin

Wheels come off after fastest ever halfway split

It's the undisputed world record venue yet the winning time in the 47th BMW Berlin Marathon on Sunday (26 September) doesn't even make the top-60 list on this super-fast course.

Rarely have world-class marathon runners messed up their pace so badly. Conditions had an effect as it was a warm morning (16C - 21C) in the German capital but a halfway split some 18 seconds faster than Eliud Kipchoge ran when he set the current world record (2:01:39) at the 2018 Berlin Marathon was verging on madness!

The supercharged pacemakers crossed the half marathon marker in 60:48 – a record of sorts as it's the fastest ever split in a marathon – accompanied by four athletes: Ethiopia's Guye Adola and Tesfaye Lencho, plus Kenyans Abraham Kipyatich and Philemon Kacheran. Pre-race favourite Kenenisa Bekele (Ethiopia) passed halfway at the planned 61:00 pace.

Either we were witnessing something unprecedented or the wheels were about to come off. Unfortunately, it was the latter, although Bekele came through strongly to take the lead at 30K. But in a topsy-turvy race, Adola rallied to take a career-first victory in 2:05:45 from Bethwel Yegon (Kenya, 2:06:14) – who had been 1:26 behind at halfway – and Bekele (2:06:47).

The women's race was also slower than anticipated, although much more even-paced. Gotytom Gebreslase (2:20:09) made a winning debut at 26.2 miles ahead of Hiwot Gebrikidan (2:21:23) and Helen Tola (2:23:05) for an Ethiopian clean sweep of the podium.

Berlin was the first of an autumnal flurry of Abbott World Marathon Majors that continues with London (3 October); Chicago (10 October); Boston (11 October) and New York (7 November).