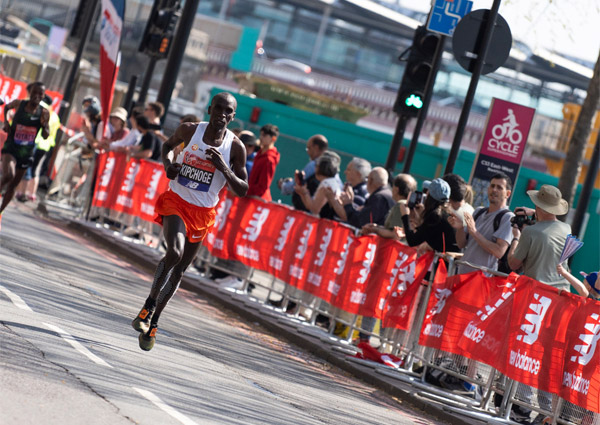 With mass participation events now in a swirl of uncertainty, London Marathon organisers have suggested that this year’s postponed event may be an elite-only race. Now scheduled for Sunday 4 October and the possibility of welcoming over 40,000 runners whilst social distancing remains in place, seems remote.

Reflecting the uncertain environment in which event organisers now find themselves in, Race Director Hugh Brasher admitted last month: "We hope we can welcome them back in October but at this stage we just don't know what is going to happen. We have to look at it in totality, with three quarters of a million spectators, the medical side, the charities. We are looking at probably 10 scenarios, and they are changing all the time."

Tokyo Marathon - along with London - one of six marathon ‘majors’ went ahead in March with just the elite and deserted streets in lockdown. It is a model that the English capital is considering. To run such an event would be something of a throwback in terms of British marathon running.

The original London Marathon in 1981 was the catalyst of the mass participation and running boom in the UK. But before that inaugural event, which was televised live and captured the imagination of the nation, marathon running was a niche activity in the UK and the preserve of elite runners and high-end club athletes. None of the glamour of big city events and big city crowds.

These were events tackled by not more than a few dozen tough men and - later on - tough women in unfashionable locations like Rotherham, Coventry, Cwbran, Sandbach and Shettleston.

Shettleston in Glasgow’s East End saw around 20 competitors per year toe the start line through the 1960s. A world away from the major event atmosphere of today’s events.

One of the longest running events was the Polytechnic Marathon which launched in 1909 and finally petered out in 1996. Taking place on various courses around West London, the event had a rich history and was born out of the Polytechnic Harriers’ successful organisation of the marathon at the preceding year’s Olympics. The race produced eight world records.

But with its dated name and the unstoppable rise of mass participation and big city events – particularly its newly arrived rival in London, its demise was inevitable. Yet, in unprecedented times, the old school marathons model might yet have an unexpected reprise in 2020.

It would have been unimaginable a few months ago for Eluid Kipchoge and a smattering of elites running through deserted, empty streets of the capital. But marathon running, like the rest of the world is facing up to new realities.