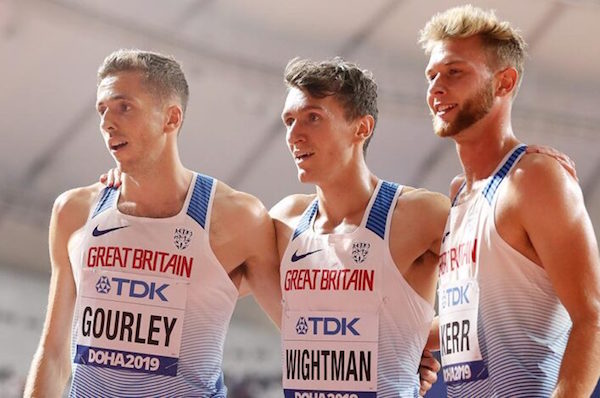 Blistering new records for Scots in the Doha heat

With the 2019 IAAF Championships in Doha now over, we can be very proud of how the Scots on Team GB and NI performed against world-class competition.

Scotland’s depth of talent in middle-distance running was made clearer than ever as Jake Wightman set a new Scottish record of 3.32.52 with his fifth-placed finish in the men’s 1500m. Wightman’s Edinburgh AC teammate Josh Kerr ran a new personal best time of 3.33.87, finishing just behind him. The third of an astounding three Scots in the 12-man 1500m final, Neil Gourley, finished in 11th place.

Jake Wightman told scottishathletics: "It’s something like I feel I should be celebrating and not disappointed but I think it was a lot closer than I thought it was going to be for the medals. It would have taken literally a tiny little bit more than I had, but that is the best I could give today and I’m proud of finishing fifth in that kind of field. He added: "I’m well proud of the other guys though – to get three Scots into a world final – it’s an achievement for all of us."

Muir, who is just returning to competition after injury, told scottishathletics: "I’m actually really, really happy. I know it’s not a medal, which is what I would have wanted but to run 3:55 … and to be fifth – well that’s unheard of! I am proud of myself to run that sort of time off the training that I have done."

With her 14.46.17 run and 10th place finish, Eilish McColgan set a new Scottish women’s record in the 5000m ­– replacing one she herself had set earlier. McColgan said: "I am a little disappointed because I feel there is more there and I am in much better shape than when I ran 47s, so to just run 46 … but it is still a PB and a Scottish record, my own record, but a little bit frustrating."

There was disappointment, too, for marathoner Callum Hawkins, who found himself just six seconds away from the podium. Despite – or perhaps because of – a cautious start in the heat, Hawkins pushed on bravely to join the lead group of four runners with just a few kilometres remaining.

With three of the leaders breaking away, the Scottish marathon holder crossed the line fourth, in a time of 2.10.57, just 17 seconds adrift of the winner, Lelisa Desisa of Ethiopia.

Hawkins said: “At two laps to go I felt great so I just kept pushing and pushing. And then when I caught them I knew I didn’t have a kick, I was just trying to be strong. I really wanted that medal and that’s what I trained for. But it wasn’t to be on the night.”

But perhaps closest of all the Scottish athletes on Team GB and NI to a medal was sprinter Zoey Clark. Not only had she and her team mates finished just outside the medals in the mixed 4 x 400 relay earlier in the championships, Clark was nearly awarded a bronze in the 4x400m women’s relay after the third placed team, was DQ’d in the final. In the end, she and the rest of the quartet had to settle for fourth – after Jamaica’s appeal and their own unsuccessful counter appeal.