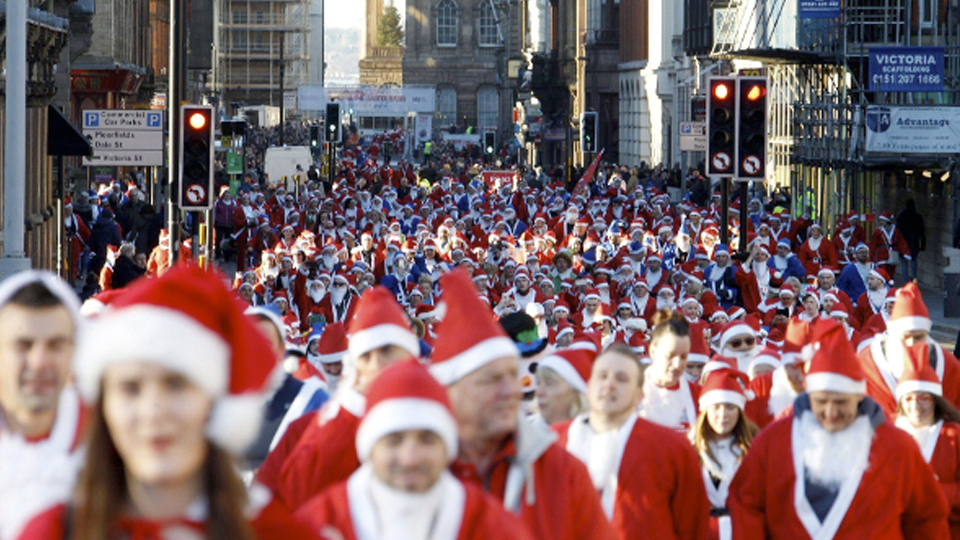 The UK's biggest Santa run made its return at the weekend...

It was a sight that would have brought a smile even to the face of Mr G.R. Inch. A sea of some 6000 Santas running en masse through the streets of Liverpool. And not just any old Santas - these ones were red and blue.

It was of course the long-awaited return of Liverpool's Santa Dash 5K on Sunday and despite the chilly conditions, thousands of runners wrapped up warm in their Santa suit and toed the line at the city's famous Liver Building ready to take part in the country's biggest festive race.

Christmas spirit was there in abundance with runners all raising money for this year's charity - Alder Hey Children's Hospital. One of the hospital's young patients four-year-old Betty was guest of honour. The brave youngster from Warrington had the all-important job of officially waving the Santas off from the stage, and was joined by Alder Hey Charity Champion LFC’s Jamie Carragher.

The hospital recently launched its new £2.5million Surgical Neonatal Appeal to help develop a state-of-the-art unit for newborn babies and their families and the money raised from the weekend's event will provide a big injection of cash to this worthy cause.

As those in Liverpool would say, this was a 'boss' event as you can see from the video below, and one that certainly heralded the start of the Christmas countdown getting everyone in the mood for tinsel and turkey.

A date has already been set for next year - 4 December 2022, if you would like to be a part of this festive spectacular then click here to sign up today.