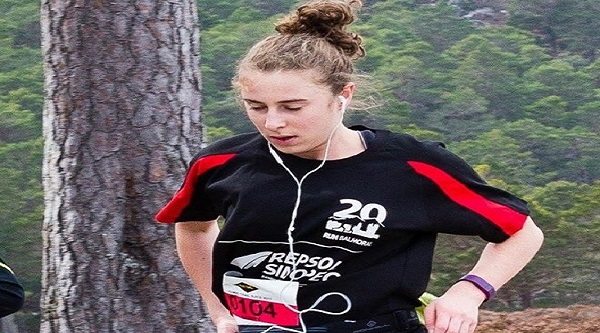 Kerry Has Her Eyes On The Prise

It was an unusual combination of spectacular scenery, salty chips and a Scottish ceilidh that helped Kerry Prise to victory in last year’s Devil of Deeside challenge at Balmoral. The Aberdeen-based runner will return to the Royal estate in April to defend her women’s title in the gruelling endurance test which has become an iconic feature of the two-day race meeting.

Competitors are requited to complete the ConocoPhillips 5K and the Stena Drilling Tartan 10K on day one before stepping up a gear to tackle the 27k Apollo Duathlon followed by the Trac 15-mile trail race on day two.

Prise completed the challenge last April by posting a combined time of 4:37:08 to finish 29 minutes ahead of her closest rival.

She admitted, however, that a less than health-conscious nutrition regime was one of the elements involved in her success.

She told the Aberdeen Evening Express: “The first day doing the 5k and 10k wasn’t too bad and I felt quite good afterwards - in fact I went to a ceilidh in the evening which was a good way to relax.

“The second day was definitely tougher. The duathlon wasn’t too bad as the cycling gives your body a bit of a break, but the 15-miler was really tough.

“When I finished the duathlon I was straight over to the van for some salty chips. It was just what I needed, some carbohydrates to fuel me up, and it seemed to work. I rarely eat chips, but needs must, and I felt fine on them, so it was all good.

“But what really kept me going during the 15-miler was the course itself which is truly amazing. The first part is through the woods then you open out on to an open trail with Lochnagar in the background and the whole estate laid out in front of you. It’s absolutely stunning and that was a big part of the whole thing for me.”

Prise is a huge fan of the event and she is urging others to take up the challenge in 2018 – with this year’s edition well on course to surpass the 108 competitors who took part in 2017.

Prise said: “The Devil was held for the first time last year and I’m really looking forward to doing it again. I’m sure more runners will be doing it as a lot of people maybe weren’t aware of it last year. I have certainly been talking with a lot of folk who say they are interested, so I’m sure it will be more competitive.”

“I think more people should try it as they will be amazed at what they can achieve.”

The Run Balmoral meeting celebrates its 21st anniversary on 21-22 April and entries are coming in thick and fast for all the races.

In addition to the 5k, 10k, duathlon and 15-mile trail race there are also events for younger and less experienced runners.

Entries can be made for all the races on the Run Balmoral website.