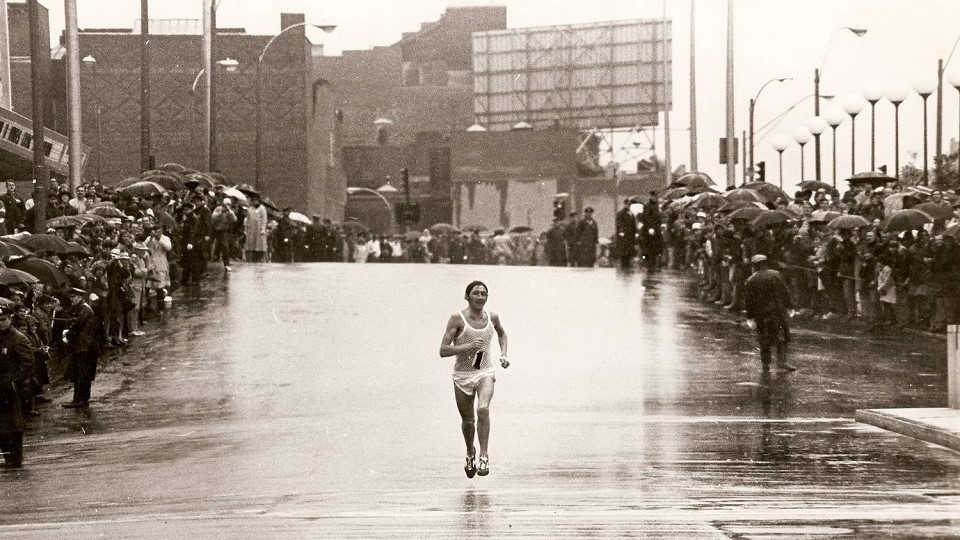 Heartbreak for USA's CJ Albertson as Benson Kipruto surges past

No other race boasts a history like the Boston Marathon. The 125th running took place on Monday (11 October) – the first 'fall' Boston Marathon since the inaugural race on 19th April 1897. The 2020 event was virtual only, held in September, with 16,183 participants in nearly 90 countries, such is the fame of this grand old foot race between Hopkington and Boston.

Our iconic image shows the diminutive figure of the late, great Ron Hill MBE (Bolton Harriers) winning the 1970 Boston Marathon, smashing the course record by three minutes in 2:10:30, despite appalling weather conditions. Hill was the first British winner and it is reported his prize was a bowl of beef stew and a laurel wreath, which he was not allowed to take home!

Only Liverpool's Geoff Smith has joined the 1970 Edinburgh Commonwealth Games champion (in a European record 2:09:28) by winning Boston, with his consecutive victories in 1984 and 1985.

And so to the modern era and the continued dominance of African athletes in the Abbott World Marathon Majors. Boston 2021 made a welcome return after an absence of 910 days, with 15,736 starters in the world's oldest 26.2-mile road race.

There were new champions crowned in Kenya's Benson Kipruto (2:09:51) and Diana Kipyokei (2:24:45). Kipruto sat off the fast early pace of American CJ Albertson, who at one point built a lead of more than two minutes, before reeling in his quarry on the infamous Heartbreak Hill after 20 miles.

Wearing his upgraded prize of a gold olive wreath Kipruto told Boston Athletic Association: “It was a nice feeling today after finishing tenth a couple of years ago. I’m happy today to be a champion.” Kipruto is the 23rd Kenyan men's winner and the fifth in the past 10 years.

Kipyokei also struck late in the women's race, seizing the initiative at 18 miles to finish 24 seconds ahead of 41-year-old Edna Kiplagat, who broke the course master's record (2:25:09). The winner was competing in only her third marathon and ran 1:14:11 and 1:10:34 negative splits.

Despite the challenges still present with international travel, there were at least 70 British and Irish runners in the top half of the field, led by Stephen Scullion (Aldershot, 2:22:57) and Lucy Stapleton (unattached, 3:02:10).