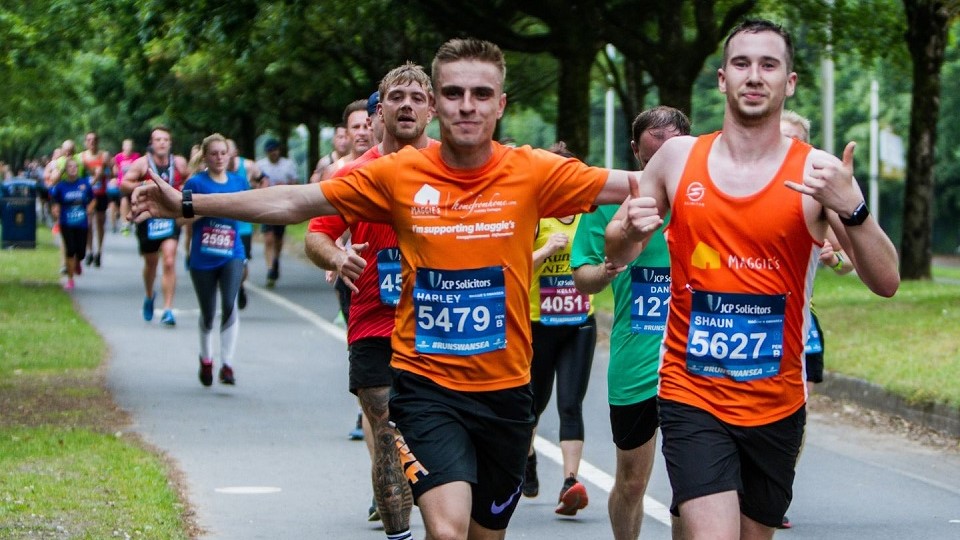 Hot performances on a cool day in Swansea Bay

Swansea Half Marathon is a blast

Swansea Half Marathon was voted the UK's best 13.1-mile race in 2017 and 2018 for good reasons. The vista of Swansea Bay dominates this race and the 7th edition took place on Sunday 17 October with much anticipation as one of the first and biggest mass participation races to go ahead in Wales since Covid restrictions were eased.

A staggering 28 months have elapsed since the JCP Solicitors-sponsored event last graced the streets of Wales' second-largest city. Last year was due to be the greatest event the organising team had ever staged but that was a Covid cancellation and this year's race was delayed from June to Sunday 17 October to facilitate all the necessary planning.

Finally, Hayley Davies, the CEO of JCP Solicitors was able to set the runners off at 8:00am in front of historic Brangwyn Hall. There were just over 2,000 competitors in cool, overcast conditions that were brightened by a series of fire cannons blasting flames high in the sky as the runners set out for their run around the Bay from Swansea to Mumbles and back.

A delighted Managing Director of Front Runner Events David Martin-Jewell said: “It has been such a challenging time for us as event organisers but we have pulled out all the stops to ensure that the event could run as smoothly as possible. We are thrilled to have been able to deliver the JCP Swansea Half Marathon and hope that our runners loved being back to experience race day once again!”

Results can be studied via runABC South race listing here