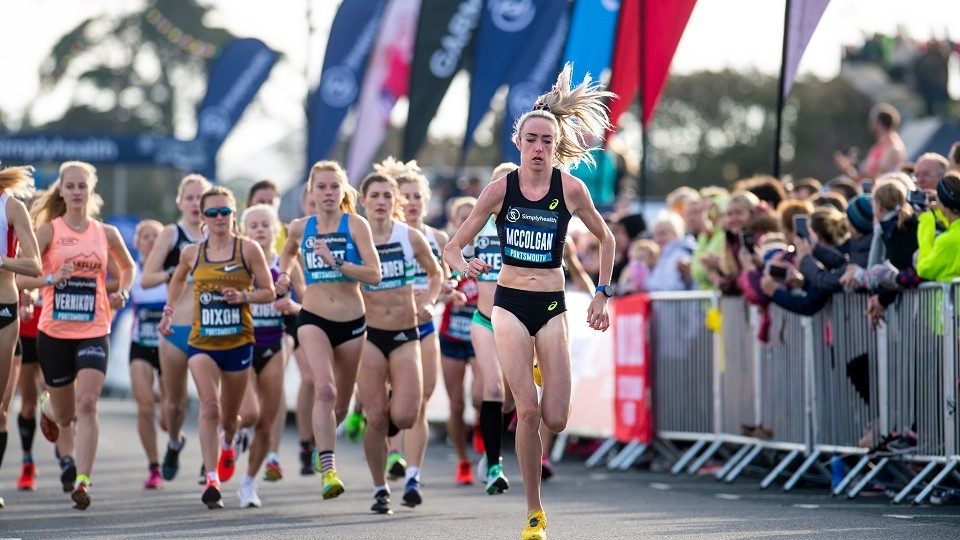 The 31st Great South Run is on Sunday - who's favourite this year?

Defending champion Eilish McColgan (Dundee Hawkhill) is favourite to add a third Great South Run victory on Sunday (17 October) to add to her previous titles in 2018 and 2019.

The Scot is looking forward to the challenge, as she told Great Run: "I’m really excited to be back in Portsmouth for the Great South Run. After its cancellation last year, I’m more eager than ever to get on the start line with everyone and can’t wait to be back racing! Hoping for some good weather and a fast time”.

McColgan will be pressed by Jess Piasecki (Stockport Harriers) who bounced back after the oppressive Tokyo Olympic Marathon to finish third at the Great Manchester Run 10K in an impressive PB 32:01. Meanwhile, Verity Ockenden (Swansea) will be hoping to improve on her second place to McColgan in the 2019 Great South Run.

The current men's champion Marc Scott (Richmond & Zetland) could not be persuaded to extend his successful 2021 season to contest the wide-open men's race over 10 miles on the traditional coastal course between Southsea and Portsmouth.

Chris Thompson (Aldershot) will be hoping his experience of winning three times between 2016 and 2018 will enable him to defy his 40 years to stand at the top of the rostrum again. Thompson was the only British male finisher in the Tokyo Olympic Marathon in Sapporo in August, having been a surprise winner of the official trial race in Kew Gardens in March.

Thompson's greatest challenge will probably come from Emile Cairess (Leeds City) who ran a brilliant debut half marathon in the Great North Run last month, finishing fifth in 1:01:57. Cairess was third in the last running of Great South Run in 2019 and will be keen to upgrade.

The elite and first mass wave starts at 10:00am, with two further waves at half-hour intervals.

The 2021 event guide is available here