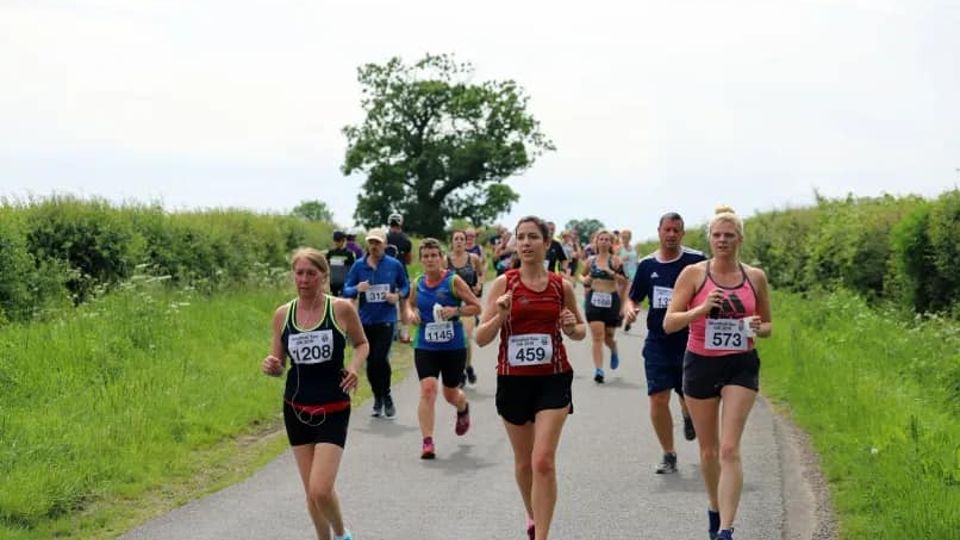 First batch of tickets sold out within days and the second batch are likely to be snapped up.

Friday 1 July saw the second lot of tickets for the Woodhall Spa 10K go on general release and, as at time of writing, you can still snatch a place. One of the leading races in Lincolnshire, its PB-potential course, themed medal and cake at the end will attract runners from far and wide.

Curly’s Athletes in conjunction with Jubilee Park Woodhall Spa are organising this event on Sunday 11 June 2023 at 10am. Both parties are excited by the prospect after the disruption of the last two years and aim to deliver an enjoyable and successful race for all.

The Woodhall Spa 10K is popular with many runners who will be pushing to their limits on the fast, flat route with a PB their target; or alternately, are happy to get round whilst making the most of the atmosphere and support. All of this takes place in the picturesque Lincolnshire countryside.

There is a proud RAF tradition in this area that has been reflected in race medals over the years and entrants can expect the same in 2023 with a bespoke and collectable medal to show off. This will be accompanied by cake at the finish.

Jubilee Park is a registered charity run by volunteers with a range of facilities including ornamental gardens and a heated lido. This popular venue provides an attractive backdrop, acting as the start and finish for the 10K and there is plenty for runners and their friends and family to see and do after the race. There is the option to stay for the weekend and explore the Park and the village of Woodhall Spa itself.

Sign up for one of these places via the link on the 2023 Woodhall Spa page via the Curly’s Athletes website. This final batch of tickets went live last Friday.