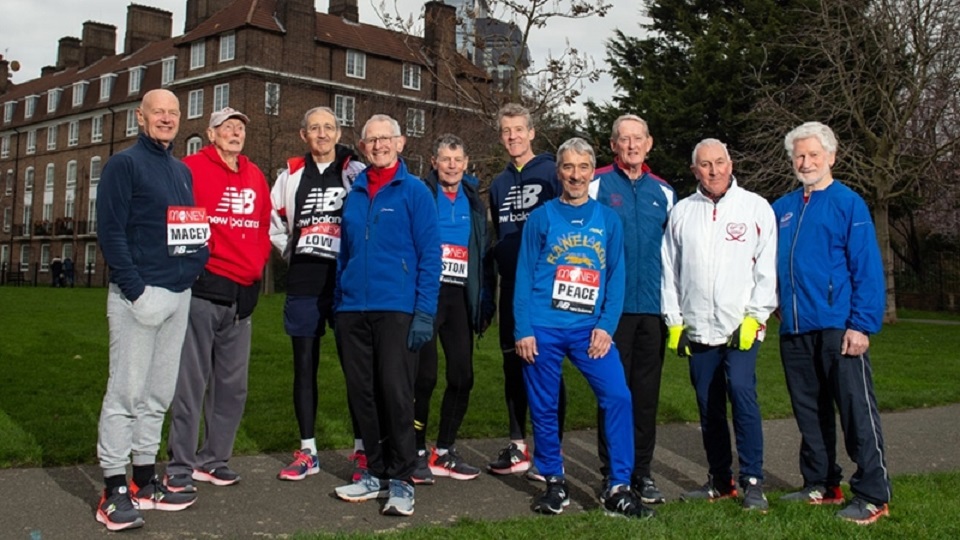 Virtual London Marathon will feature the 'Ever Presents'

More than 45,000 runners from around the world, each with their own reasons to run, will take on the 2020 Virgin Money London Marathon Your Way

The 40th Virgin Money London Marathon and first-ever Virtual London Marathon takes place on a closed-loop circuit in St James’s Park or anywhere else in the world on Sunday 4 October. With less than two weeks before this historic, unique event one of the best stories that have emerged is that all 10 'Ever Presents' (pictured) will take part in the virtual event and therefore preserve their record.

The London Marathon would not be complete without The Ever Presents – ten men who have run every single London Marathon since its inception in 1981. All ten will take part locally, including the oldest member Ken Jones, 87 who will run 26.2 miles with his daughter Heather in his hometown of Strabane, Northern Ireland. Meanwhile, the youngest member, Chris Finill, 62, has secured the use of the famous Top Gear racing track in Dunsfold, Surrey. He will be joined by several runners including Martha Wightman – sister of top British middle-distance international Jake Wightman.

Not quite an 'Ever Present' but impressively close is Barbara Ralph, who will complete her 30th London Marathon by running an eight-lap course in the Chilterns, Buckinghamshire.

The 2020 London Marathon Charity of the Year is Mencap and 20-year-old Aaron Plummer, from Walthamstow, who has a learning disability, is running his first-ever marathon, along with 312 other people who are running for Mencap. To view the inspirational campaign video of Aaron and his teammates from the learning disability running squad, click here

Runners from Australia to the USA will be taking part in The 40th Race. One of the first to get going will be Timothy McQuoid-Mason, who will be doing laps of the Whitsunday Islands in Australia. Meanwhile, 43-year-old Charlie Osmond, who has been stranded in New York since the lockdown in March, unable to fly home to the UK, will be running laps of Manhattan Island and hopes to finish in a time of 2:55.

In total, runners from 106 different nations will be taking part virtually in The 40th Race. Runners will be able to track their run using the new Virgin Money London Marathon App, powered by TCS, which will be available to download the week before Marathon Day. All finishers will receive the historic 40th Race medal and New Balance finisher’s T-shirt.