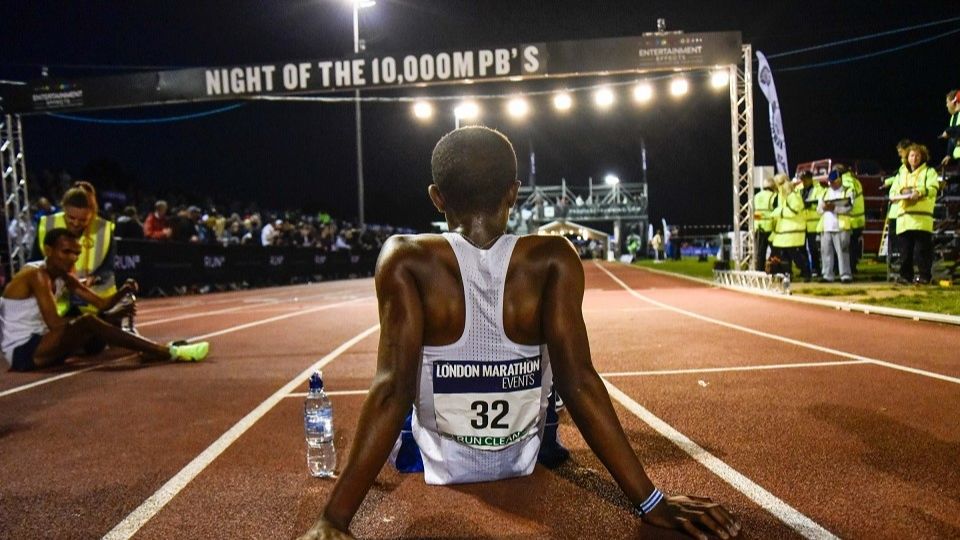 Eilish McColgan looks like a safe bet to book her ticket to Tokyo on Saturday (5 June) although an exciting race is in prospect with a real battle for the places likely in her 10,000m event.

In addition Sir Mo Farah who has gone unbeaten at 5000m and 10,000m for two Olympiads is aiming for an unprecedented third title at 10,000m at the delayed Tokyo Games on Friday 30 July 2021.

The men's race at 9:15pm will be preceded by an intriguing women's race (8:30pm) where the British athletes will be chasing the Olympic qualifying time of 31:25:00. Eilish McColgan (30:58.94) looks Tokyo-bound but there will be a terrific scrap for the places involving Amy-Eloise Markovc (31:25.91) and Jess Judd (31:25.98) who both just missed the target time in California recently.

Miriam Dattke (Germany, 31:33.77) is the fastest on paper of the European opposition and the domestic entry includes Beth Potter a member of the British Triathlon elite programme, who has run the fastest ever female time in a 5K road race with 14:41 this year and who is surely going to knock a huge chunk off her previous best (32:03.45) if she competes.

For Mo Farah, there is the small matter of gaining selection on Saturday evening and that is certainly not a given. Farah may need to brush off some track rust in his first 10,000m for four years after concentrating on the marathon with mixed success.

Hopefully, the desire is still there and the challenge presented by the incorporated European Cup will inspire the 38-year-old legend to yet another sublime performance. He certainly sounded up for one last big effort when he said: “Having tried the marathon and coming back [to the track] one last time to give it a go, I'm hoping to defend my [Olympic] title and make my country proud one more time”.

Sir Mo (PB: 26:46.57) will have his hands full with domestic opposition coming from US-based pair Marc Scott (27:10.41) and Sam Atkin (27:26.58) who have both recently gone under the Olympic qualifying target (27:28.00) that Farah needs to achieve. We also cannot rule out an overseas winner of the combined European Cup with European champion Morhad Amdouni (France, 27:36.80) in the field.

This year's venue is the University of Birmingham while Alexander Stadium is being redeveloped to host the 2022 Commonwealth Games. The event has been held as the Night of the 10,000m PBs at Highgate since 2013 but the coronavirus pandemic forced a change of venue and no spectators will be permitted. Race organiser, Luke Gunn, has described it as being 'on loan' to Birmingham from Highgate Harriers' Ben Pochee, who has promoted the last seven editions in North London.